From the first day in my new apartment, I smelled something burning. I checked the stove and oven. Both looked fine. Nevertheless, I decided to ask that maintenance check my place. A repairman was sent but no problem was found.

The smell lingered, so I thought that it was probably caused by someone burning wood or having an outdoor barbecue. After all, it was June, and here in Memphis, people love to have outdoor cookouts.


A few more days went by and I became more and more concerned. The burning smell was unrelenting. I again asked for an inspection. The management office sent over two men this time and one of them asked me to show him the fuse box. I opened the door to the clothes closet and shoved my outfits to the side so he could see what he was looking for. He soon pointed out several fuses that were sizzling. The maintenance man could not talk for several moments. He seemed to be in shock. Finally, I heard him say that the faulty fuses should have started a fire. He could not understand why they did not.

Looking back, I realize more intensely the danger I was in, for it would have been so easy for my clothes to ignite and spread a fire. Also, the fuses were sizzling for at least a week; they might have been a problem even before I moved in.

I’ve been living here for over five years and I just love it. My apartment is roomy and I walk to the Baron Hirsch Shul. I don’t drive, so I appreciate being near supermarkets and malls. Most important of all, I live in a place where Hashem spared my life. 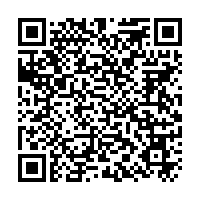