The job search was on. Actually, it was going on for quite a while. Avigail was a licensed speech therapist, having gained her hard-earned degree shortly after her marriage. She completed internships and did a gig here and there, but that elusive steady position evaded her at every turn.

Avigail sent her resume once, twice and a third time. She reached out to every lead she could think of. But nothing came of any of it. The weeks and months went by. Paying rent and grocery bills was becoming a problem.


It was puzzling. Perhaps the market was flooded, but her friends who had followed the same course seemed to land ideal positions almost effortlessly.

“Avigail,” her friend Devorah promised one day, “There might be an opening at the special ed school I’m at. I’ll put in a good word for you.”

When Tzvi came home for dinner that evening, Avigail shared the hopeful news. The conditions at the school Devorah was employed at were great. Perhaps she too would be privileged to finally find her calling.

“Don’t put too much hope in a single individual,” Tzvi commented. “You’ll get further if you hope in Hashem.”

Avigail was a bit taken aback at her husband’s attitude. After all, Devorah’s offer seemed promising. But it was true – so had many other job opportunities. And not a single one had proved to be the right fit.

Sure enough, the next day, Devorah came back with a gloomy report. Her boss was not ready to hire another full time staff member yet. And she had another applicant ahead of Avigail for when she would be ready.

Good thing that seed of rejection was planted in my head ahead of time, Avigail thought morosely as she twirled a curl of her shaitel around her finger, her other hand forcing her phone to remain glued to her ear. “Thanks, Dev for having me in mind,” she said. “I guess it’s really hard to break into this field… At least we’re one step closer to the right one.”

Another couple of agencies and schools were lucky enough to view Avigail’s resume in their inbox. Still no job. Avigail tried filling her time constructively, but her desperation was climbing. She would gladly accept a part time job or even one with lesser pay at this point.

“Look,” Tzvi said one evening. “I think we did our hishtadlus. No one could say we didn’t try.”

“But what are we to do next?” Avigail sniveled, desperately fighting back her tears.

“Daven. We’ll turn to the real Boss and put our full faith in Him. He never lets His children down. Don’t even send out another resume… Just daven and wait. The salvation is sure to come.”

Avigail wasn’t sure she was on that level. Actually, she felt downright below that level of emunah. But she decided to trust her young husband’s stance and follow his lead. She had no idea where to send her resume next in either case.

The following morning found Avigail pouring her heart out over her siddur.

That afternoon, Avigail was at the grocery and a young girl of about ten approached her. “Can I borrow your cell?”

Avigail handed over her phone and the girl tried calling her father. No one picked up.

Later that evening, Avigail’s phone rang. She didn’t recognize the male voice on the other end. “Did you try calling me?” he asked.

Still unsure as to who the caller was, Avigail surmised that he probably got the number off her resume. “Perhaps I called you in connection with a job opp?”

The man didn’t know what Avigail was referring to, but was kind enough to inquire further. “What kind of job are you looking for?”

“Hmmm… I’m not quite looking for therapists, but I happen to have a friend in the field. He may even have an opening.” The man on the other end of the line gave Avigail his friend’s phone number and they hung up.

To Avigail’s astonishment, that call turned out to be the one she had waited for all these months.

No resume, no standard job application process. Just one sincere conversation with HaKadosh Baruch Hu and one unanswered phone call. 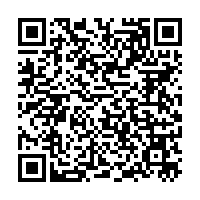