As kids return from camp and schools resume after the summer break, it is important to remind ourselves that what works best with children – as well as with adults – is the most positive approach. We often have a choice in how we deal with various issues, using a positive approach, a negative one, or somewhere in between. Experience has shown that using positivity and encouragement is the most effective.

Mishlei (the book of Proverb) (9:8) teaches us an interesting lesson in discipline, “Do not reprove a leitz (joker) lest he will hate you. Reprove a chochom (wise one) and he will love you.”

One of the great Hungarian rabbonim, Rabbi Yehuda Assad (1796-1866), author of Yehudah Ya’aleh, noted obvious difficulties in understanding this verse at face value: What does it mean that we should avoid reprimanding a joker due to the fear that he will hate us? We have a Torah obligation of hocheiach tochiach – that if we see a fellow Jew doing something wrong, we must reprove them and encourage them to abstain from sin. If so, what does the verse mean? Because he’s going to hate you, you are going to overlook a commandment of the Torah?

Then the verse continues, “Reprove the chochom.” Reproach and chochom are arguably contradictory. If he’s a chochom, he doesn’t need reproach, and if he needs reproach then he’s not a chochom!

Reb Yehuda Assad explains that the verse isn’t discussing two separate individuals – one who is a leitz and the other who is a chochom. It’s really the same person.

When we approach a son, a daughter, a pupil, or a friend, there are two options: We can address the part of them that is a leitz, their negative side, and say, “Why are you doing this and this wrong? Your behavior is far from the way it is supposed to be!” But if we tell the person how negative they are and what negative consequences they will get, the reproach will be lost on them. All that will be accomplished is that the person will hate you because you spoke negatively about him or her.

Conversely, “Hochach l’chochom” – means to reprove that same person by talking to the “wise” part of them. Say to your child or student, “There is a chochom within you, you are really so smart! G-d has given you so many different qualities and great talents. You should make use of all the good attributes the Almighty gave you and it would be very wise of you to behave in this and this way.”

When we talk to the chochom within the person, then, first of all, that part of him or her becomes more developed and becomes more expressed. Moreover, as explained in Chassidus, talking about these positive aspects draws these hidden qualities from the depths of the person’s soul. We are bringing them out “min hahelem, from the Hidden, el hagiluy, to the Revealed.”

There is always a chochom deep inside our child, our student, or our friend, but sometimes we have to extract it from its concealment into reality.

Rabbi Schneur Zalman, the Baal HaTanya, calls these two elements Nefesh Ha’elokis and Nefesh Habahamis – “the G-dly Soul” and “the Beastly Soul.” Shlomo HaMelech refers to them as the “chochom” and the “leitz.”

When we refer to someone as a chochom, we bring out the wisdom within them. We are in effect saying to them, “For you, such a wonderful person with tremendous abilities and great potential, for you to do this is not in concert with your personality. Therefore, for you as a chochom, you should do this and this in the right way!” That person will not only listen to you – they will love you for telling that to them. 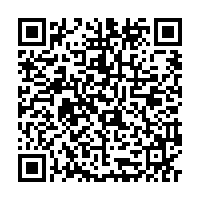