In my last essay, I questioned why so many highly unfortunate statements have been made, and even atrocities done, in the name of Jewish law – all in direct violation of the very notion and spirit of Halacha. These include Publications such as the infamous Torat Hamelech, and the attempt to overrule an important decision by the Tzfat Rabbinical Court that freed a woman of her agunah status, as well as the murder of former Prime Minister Yitzchak Rabin by Yigal Amir in 1995, and the murder of 29 Arabs in the Cave of Machpela by Baruch Goldstein in 1994. [I also mentioned that this took place in a mosque. However, a friend of mine pointed out that this atrocity actually happened in the Cave of Machpela, the place where the Avot and Imahot (Patriarchs and Matriarchs) are buried. In fact, it occurred in the Ibrahimi Mosque in the Cave of Machpela.]

I argued that what caused these ill-fated cases is the denial and rejection of the great moral values and religious message of Sefer Bereishit. It is in this sefer that the religious and moral foundations of Judaism were shaped. Only after these values were developed and deeply ingrained in the Jewish psyche was it possible for God to give the Jewish people the Torah and the Halacha.


Without these religious moral values, the Halacha could easily turn into a ruthless rule of law that would do more damage than good and would develop into a system that would make human life impossible, undermining the very purpose and ethics of the institution of Halacha. It is this problem, I believe, that caused the above-mentioned misfortunes and other tragedies.

The foremost point of departure in any halachic decision must be that all people are created in the image of God and that all human life is holy. While different tasks, inclinations, and historical events should be recognized and allow for distinctions between people, no discrimination can ever be tolerated. Halacha should surely acknowledge that the Jews are different from other nations, but only as long as they recognize that other nations can make contributions that Jews cannot. (Or HaChayim’scommentary on Shemot 18:21, toward the end. See also Thoughts to Ponder 284.)

For Jews to be the chosen people, they need to recognize that this in no way can ever mean that they may look down on others. What it does mean is that they have an obligation to inspire the world, as a teacher inspires a student even while recognizing that the student may be more gifted than him or her.

It cannot be denied that throughout our long history this may have been forgotten and laws have appeared that have not always lived up to these standards. Even biblical laws seem to have violated this principle. On several occasions they demanded that Jews show no mercy for some gentile nations that dwelled near the Land of Israel in biblical times. (Devarim 7:1-2.) But a closer look makes it clear that these laws were contrary to the original divine plan and reveal some kind of divine concession to highly unfortunate circumstances. (See my Thoughts to Ponder 514, “The Deliberately Flawed Divine Torah: The Theology of the Halachic Loophole,” in which I explain this concept in great length.) The laws in question were meant to deal with these nations’ ongoing violence, immorality and virulent anti-Semitism, which had to be dealt with so that Jews could survive and uphold moral standards for the good of all humanity.

Violating Shabbat to save non-Jews is an absolute obligation, notwithstanding the fact that some authorities have questioned this. There is no doubt that Avraham, Yitzchak, and Yaakov would have done so. (See Netziv’s introduction to Bereishit in his Ha’amek Davar. See, also, my essay: “Needed: Redemptive Halacha”.) Nor can it ever be permitted to encourage a Jewish doctor to apply euthanasia to a particular “primitive” gentile ( See the disturbing responsum by Rabbi Moshe Sternbuch, Teshuvot Vehanhagot, Yerushalayim, Vol 3, no. 365.), or to forbid a blind man to receive a corneal transplant from a gentile, since the latter may have seen things that no Jew should ever see. (See Rabbi Ovadia Hadaya, Teshuvot Yaskil Avdi, Yerushalayim, vol. 6, 1982, Yoreh Deah, no. 26, sections 6-9. See the strong objection to these rulings by Rabbi Ovadia Yosef, Teshuvot Yabia Omer, Yerushalayim, 1995, vol. 8, Choshen Mishpat, no. 11.) See the correct view stated by Rabbi Israel Lipschitz (1782-1860) in his commentary Tiferet Yisrael on Avot 3:14.

All these rulings are as anti-halachic as they can be, violating the very cornerstones of Judaism and based on reckless ideas endorsed by those who invent them on their own and then promote them as Halacha without the backing of any authentic, traditional halachic source. They should be condemned and denounced using every means available to us.

Highly disturbing is the case concerning Israel’s arch-enemy, the Amalekites, the Nazis of biblical times. Divine law required the Jews to wipe this nation off the face of the earth, including women and children. Such a law runs contrary to our innate moral intuition and the very values promulgated by Sefer Bereishit. Commentators have therefore gone overboard to explain this law in different ways, since they were unable to accept that such a commandment could ever have come from God Himself. They even believed that God tested the Jews to see whether they would understand their calling and thus refuse to implement this genocide, similar to the way that Avraham refused to listen to God in the case of Sedom and Amora when he uttered the famous words: “Shall the whole world’s Judge not act justly?” (Bereishit 18:25.) The commentators’ attempt is not apologetic, but rather the outcome of their absolute conviction based on Sefer Bereishit that there could be no other explanation. At a later stage, they decided that the nation of Amalek no longer existed and they could cancel the entire law. (Mishnah Yadayim 4:4; Brachot 28a. There is even a tradition that the fulfillment of this commandment is deferred until the messianic age. See Radbaz on Rambam’s Mishneh Torah, Hilchot Melachim 5:5.)

It is remarkable that the Sages seem to have reacted similarly with several other biblical laws, such as the case of the ir hanidachat, in which the commandment is to annihilate the entire Jewish population in a city rampant with idolatry and immorality. The law was declared inoperative from the very start. (Devarim 13: 13-16; Sanhedrin 71a.) Another example is the case of the ben sorer u-moreh, the rebellious son who had to be executed. Here, too, the law was declared defective and only seen as a way to teach some important moral lessons. (Devarim21:18-21; Sanhedrin 71a.) In other instances, they seem to have been of the opinion that laws such as those regarding the mamzer (a child from an incestuous relationship) and agunot should be severely limited to make them almost inoperative, and they often looked for loopholes to find a way out. While it remains a question why they did not completely revoke these laws, it seems clear that in all these cases it was the overriding moral principles of Sefer Bereishit that motivated them.

The Sages struggled, re-interpreted, and sometimes even abolished these laws because they fully understood that without the moral religious values of Sefer Bereishit, halachic chaos would reign and grave injustices would be done.

It is for this reason that one of the greatest tragedies of Judaism in modern times is caused by the fact that some halachic authorities, as well as people like Yigal Amir and Baruch Goldstein, forgot to study the first book of the Torah. They became so dedicated to the letter of the law and to misplaced religious sentiments that they did the inconceivable and caused the degradation of Halacha.

It is time for the rabbinical community to make it abundantly clear that no halacha can ever be implemented without it resting firmly on the values of Sefer Bereishit. Only in that way will a healthy halacha be guaranteed, and severe damage, evil, and the profanation of God’s name prevented.

Throughout the thousands of years, Israel’s Sages and religious leaders — unlike those of the Christians and Muslims — never called on their fellow Jews to wage religious wars against the gentile world. To them, this was a repulsive idea. If anything, they asked the Almighty to deal with their enemies. This matter stands out in all of Israel’s history. Let us be proud of that and not change the rules of the game, unless it is a matter of unequivocal self-defense.

In memory of Irma Lopes Cardozo-Robles z”l, NY; A woman who lived by the teachings of Sefer Bereishit.

The Purpose Of The Melachah 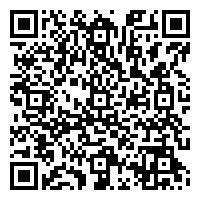