The third mistake was the builders’ desire not to be “scattered over the face of the whole earth.” In this they were attempting to frustrate God’s command to Adam, and later to Noah, to “be fruitful and multiply and fill the earth.” (Genesis 1:28; 9:1). This seems to be a generalized opposition to cities as such. There is no need, the Torah seems to be saying, for you to concentrate in urban environments. The patriarchs were shepherds. They moved from place to place. They lived in tents. They spent much of their time alone, far from the noise of the city, where they could be in communion with God.

So we have in Bereishit a tale of four cities: Enoch, Babel, Sodom and “Egypt.”

This is not a minor theme but a major one. What the Torah is implicitly telling us is how and why Abrahamic monotheism was born.

Hunter/gatherer societies were relatively egalitarian. It was only with the birth of agriculture and the division of labor, of trade and trading centers, and economic surplus and marked inequalities of wealth – concentrated in cities with their distinctive hierarchies of power – that a whole cluster of phenomena began to appear. And not just the benefits of civilization, but the downside as well.

This is how polytheism was born, as the heavenly justification of hierarchy on earth. It is how rulers came to be seen as semi-divine – another instance of b-l-l, the blurring of boundaries. It is where what mattered were wealth and power, where human beings were considered in the mass rather than as individuals. It is where whole groups were enslaved to build monumental architecture. Babel, in this respect, is the forerunner of the Egypt of the Pharaohs that we will encounter many chapters and centuries later.

The city is, in short, a dehumanizing environment and potentially a place where people worship symbolic representations of themselves.

Tanach is not opposed to cities as such. Their anti-type is Jerusalem, home of the Divine presence. But that, at this stage of history, lies long in the future.

Perhaps the most relevant distinction for us today is the one made by the sociologist Ferdinand Tonnies, Gemeinschaft (community) and Gesellschaft (society). Community is marked by face-to-face relationships in which people know, and accept responsibility for, one another. Society, in Tonnies’s analysis, is an impersonal environment where people come together for individual gain, but remain essentially strangers to one another.

In a sense, the Torah project is to sustain Gemeinschaft – strong face-to-face communities – even within cities. For it is only when we relate to one another as persons, as individuals bound together in shared covenant, that we avoid the sins of the city, which are today what they always were: sexual license, the worship of the false gods of wealth and power, the treatment of people as commodities, and the idea that some people are worth more than others.

That is Babel, then and now, and the result is confusion and the fracturing of the human family. 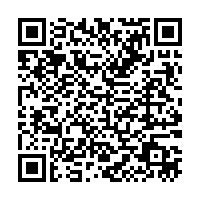