In March 2015 I had a public conversation at Yale with the University’s President Peter Salovey. The occasion was quite an emotional one. It celebrated the sixtieth anniversary of the Marshall Scholarships, created by the British parliament as a way of expressing thanks to the United States for the Marshall Plan, that helped Western Europe rebuild its economies after the Second World War. The scholarships fund outstanding young Americans to study at any university in the United Kingdom. So the gathering that evening was about the links between Britain and the United States, and the role of universities in cultivating that generosity of spirit, epitomized by the Marshall Plan, that understands the need to build peace, not just wage war.

But it had another emotional resonance. Yale is one the world’s great universities. Yet there was a time, between the 1920s and 1960s, when it had a reputation for being guarded about, even quietly hostile to, the presence of Jews among its students and staff. Happily that has not been the case since 1960 when its President, A. Whitney Griswold, issued a directive that religion should play no role in the admissions process. Today it is warmly welcoming to people of all faiths and ethnicities. Noting that fact, the President pointed out that not only was Yale that afternoon hosting a rabbi, but he too – Salovey – was Jewish and the descendant of a great rabbinic dynasty. Salovey is an Anglicization of the name Soloveitchik.

Thinking back to that occasion, I wondered whether there was a more than merely family connection between the university president and his great distant relative, Rabbi Joseph Soloveitchik, the man known to generations of his students at Yeshiva University as simply “The Rav.” Was there an intellectual and spiritual link also, however oblique?

There is, and it is significant. Peter Salovey’s great contribution to the thought of our time is the concept he formulated together with John Mayer in a landmark 1989 article, namely emotional intelligence – popularized in 1995 by Daniel Goleman’s best-selling book of the same title.

For many decades, IQ, or intelligence quotient, focused attention on a set of cognitive and reasoning tests as the primary measure of intelligence, itself considered as the best indicator of ability as, for example, a military officer. It took another brilliant Jewish psychologist of our time, Howard Gardner (of Harvard), to break this paradigm and argue for the idea of multiple intelligences. Solving puzzles is not the only skill that matters.

What Salovey and Mayer did was to show that our ability to understand and respond to not only our own emotions but also those of others is an essential element of success in many fields, indeed of human interaction in general. There are fundamental elements of our humanity that have to do with the way we feel, not just the way we think. Even more importantly, we need to understand how other people feel – the gift of empathy – if we are to form a meaningful bond with them. That is what the Torah is referring to when it says, “Do not oppress a stranger because you know what it feels like to be a stranger” (Ex. 23:9).

Emotions matter. They guide our choices. They move us to action. Intellect alone cannot do this. It has been a failing of intellectuals throughout history to believe that all we need to do is to think straight and we will act well. It isn’t so. Without a capacity for sympathy and empathy, we become more like a computer than a human being, and that is fraught with danger.

It was precisely this point – the need for emotional intelligence – about which Rabbi Soloveitchik spoke in one of his most moving addresses, ‘A Tribute to the Rebbetzin of Talne.’ People, he said, are mistaken when they think there is only one mesorah, one Jewish tradition handed on through the generations. In fact, he said, there are two: one handed down by fathers, the other by mothers.

He quoted the famous verse from Proverbs 1:8, “Listen, my son, to the instruction of your father (mussar avicha), and do not forsake the teaching of your mother (torat imecha).” These are two distinct but interwoven strands of the religious personality.

From a father, he said, we learn how to read a text, comprehend, analyze, conceptualize, classify, infer and apply. We also learn how to act: what to do and what not to do. The father-tradition is “an intellectual-moral one.” Turning to “the teaching of your mother,” Soloveitchik became personal, speaking of what he learned from his own mother. From her, he said:

I learned that Judaism expresses itself not only in formal compliance with the law but also in a living experience. She taught me that there is a flavor, a scent and warmth to mitzvot. I learned from her the most important thing in life – to feel the presence of the Almighty and the gentle pressure of His hand resting upon my frail shoulders. Without her teachings, which quite often were transmitted to me in silence, I would have grown up a soulless being, dry and insensitive.

To put it in other words: Torat imecha is about emotional intelligence. I have long felt that alongside Rabbi Soloveitchik’s great essay, Halakhic Man, there was another one he might have written called Aggadic Woman. Halacha is an intellectual-moral enterprise.

But aggadah, the non-halachic dimension of rabbinic Judaism, is directed to the broader aspects of what it is to be a Jew. It is written in narrative rather than law. It invites us to enter the minds and hearts of our spiritual forebears, their experiences and dilemmas, their achievements and their pain. It is the emotional dimension of the life of faith.

Speaking personally, I am disinclined to think of this in terms of a male-female dichotomy. We are all called on to develop both sensibilities. But they are radically different. Halacha is part of Torat Cohanim, Judaism’s priestly voice. In the Torah, its key verbs are le’havdil, to distinguish/analyze/categorize, and le’horot, to instruct/guide/issue a ruling.

But in Judaism there is also a prophetic voice. The key words for the prophet are tzedek u’mishpat, righteousness and justice, and chessed ve’rachamim, kindness and compassion. These are about I-Thou relationships, between humans, and between us and God.

The priest thinks in terms of universal rules that are eternally valid. The prophet is attuned to the particularities of a given situation and the relationships between those involved. The prophet has emotional intelligence. He or she (there were, of course, women prophets: Sarah, Miriam, Deborah, Hannah, Abigail, Chuldah and Esther) reads the mood of the moment and how it relates to longstanding relationships. The prophet hears the silent cry of the oppressed, and the incipient anger of Heaven.

Without the law of the priest, Judaism would have no structure or continuity. But without the emotional intelligence of the prophet, it would become, as Rav Soloveitchik said, soulless, dry and insensitive.

Which brings us to our parsha. In Ha’azinu, Moses does the unexpected but necessary thing. He teaches the Israelites a song. He moves from prose to poetry, from speech to music, from law to literature, from plain speech to vivid metaphor:

Listen, heavens, and I will speak;
And let the earth hear the words of my mouth.
May my teaching fall like rain,
My speech flow down like dew;
Like gentle rain on tender plants,
Like showers on the grass. (Deut. 32:1-2)

Why? Because at the very end of his life, the greatest of all the prophets turned to emotional intelligence, knowing that unless he did so, his teachings might enter the minds of the Israelites but not their hearts, their passions, their emotive DNA. It is feelings that move us to act, give us the energy to aspire, and fuel our ability to hand on our commitments to those who come after us.

Without the prophetic passion of an Amos, a Hosea, an Isaiah, a Jeremiah, without the music of the Psalms and the songs of the Levites in the Temple, Judaism would have been a plant without water or sunlight; it would have withered and died. Intellect alone does not inspire in us the passion to change the world. To do that you have to take thought and turn it into song.

That is Ha’azinu, Moses’ great hymn to God’s love for His people and his role in ensuring, as Martin Luther King put it, that “the arc of the moral universe is long but it bends towards justice.” In Ha’azinu, the man of intellect and moral courage becomes the figure of emotional intelligence, allowing himself to be, in Judah Halevi’s lovely image, the harp for God’s song.

This is a life-changing idea: If you want to change lives, speak to people’s feelings, not just to their minds. Enter their fears and calm them. Understand their anxieties and allay them. Kindle their hopes and instruct them. Raise their sights and enlarge them. Humans are more than algorithms. We are emotion-driven beings.

Speak from the heart to the heart, and mind and deed will follow. 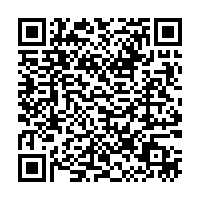