There’s an old and totally apocryphal story about the nineteenth century French Jewish aristocrat Baron de Rothschild, whose wife was in her bedroom with a nurse, in the last stages of delivery while he was sitting downstairs playing a game of cards with his friends. Suddenly they heard her cry, “Mon Dieu, Mon Dieu.”

“Not yet.” said the baron and continued playing cards.

Five minutes later they heard a cry, “My God, My God.”

“Go up,” said the Baron’s friends.

“Not yet,” said the Baron and returned to his cards.

Finally they heard his wife cry, “Gevalt.” The Baron immediately rose and ran upstairs, saying, “Now is the time.”

The story is, of course, about how Jews in the nineteenth century had to hide their identities and become more French than the French, more English than the English, and yet remained Jewish in their hearts. The Jewish mind spoke French but the Jewish soul still spoke Yiddish.

But there’s another and simpler message, which is that when we cry from the heart, someone listens. When we cry on Yom Kippur, God hears us.

We are a hyper-verbal people. We talk, we argue, we pontificate, we deliver witty repartee and clever put-downs. Jews may not always be great listeners but we are among the world’s great talkers. Accuse us of anything and we’ll come up with a dozen reasons why we’re right and you are wrong.

That’s the moment when all we can say is gevalt. All we can do is cry out. That’s what the shofar was on Rosh Hashana and will be at the end of Yom Kippur: The sound of our tears. Shevarim, three sighs. Teruah, a series of sobs. And surrounding them the tekiah, the call without words. The sound of a heart breaking. No more excuses. No more rationalizations and justifications. Ribbono Shel Olam, forgive us.

Truth is, these are the most important moments in life. We can carry on for years deceiving ourselves, blaming others for what goes wrong. We are our own infallible counsel for the defense. But there has to be a time when we allow ourselves simply to weep for the things we know we could have handled better.

That’s when God reaches out to us, as parent to child, and holds us close while we weep together, then He comforts us and gives us the strength to begin again. There’s nothing closer to God than a broken heart and nothing stronger than a heart that’s been healed by God’s forgiveness. 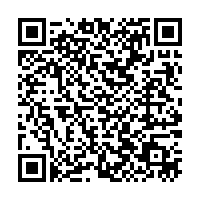