In September 2010, BBC, Reuters and other news agencies reported on a sensational scientific discovery. Researchers at the U.S. National Center for Atmospheric Research and the University of Colorado showed through computer simulation how the division of the Red Sea might have taken place.

By sophisticated modeling, they demonstrated how a strong east wind, blowing overnight, could have pushed water back at a bend where an ancient river is believed to have merged with a coastal lagoon. Sixty-three mph winds from the east could have pushed the water back at an ancient river bend. The water would have been pushed back into the two waterways, and a land bridge would have opened at the bend, allowing people to walk across the exposed mud flats. As soon as the wind died down, the waters would have rushed back in. As the leader of the project said when the report was published: “The simulations match fairly closely with the account in Exodus.”


So we now have scientific evidence to support the biblical account, though to be fair, a very similar case was made some years ago by Colin Humphreys, professor of Materials Science at Cambridge University and professor of Experimental Physics at the Royal Institution in London, in his book, The Miracles of Exodus.

To me, though, the real issue is what the biblical account actually is, because it is just here that we have one of the most fascinating features of the way the Torah tells its stories. Here is the key passage: “Then Moses stretched out his hand over the sea, and all that night the Lord drove the sea back with a strong east wind and turned it into dry land. The waters were divided, and the Israelites went through the sea on dry ground, with a wall of water on their right and on their left” (Exodus 14:21-22).

The passage can be read two ways. The first is that what happened was a suspension of the laws of nature. It was a supernatural event. The waters stood, literally, like a wall.

The second is that what happened was miraculous, not because the laws of nature were suspended. To the contrary, as the computer simulation shows, the exposure of dry land at a particular point in the Red Sea was a natural outcome of the strong east wind. What made it miraculous is that it happened just there, just then, when the Israelites seemed trapped, unable to go forward because of the sea, unable to turn back because the Egyptian army was pursuing them.

There is a significant difference between these two interpretations. The first appeals to our sense of wonder. How extraordinary that the laws of nature should be suspended to allow an escaping people to go free. It is a story to appeal to the imagination of a child.

But the naturalistic explanation is wondrous at another level entirely. Here the Torah is using the device of irony. What made the Egyptians of the time of Ramses so formidable was the fact that they possessed the latest and most powerful form of military technology: the horse-drawn chariot. It made them unbeatable and fearsome in battle.

What happens at the sea is poetic justice of the most exquisite kind. There is only one circumstance in which a group of people traveling by foot can escape a highly trained army of charioteers, namely when the route passes through a muddy seabed. The people can walk across, but the chariot wheels get stuck in the mud. The Egyptian army can neither advance nor retreat. The wind drops, and the water returns. The powerful are now powerless, while the powerless have made their way to freedom.

This second narrative has a moral depth that the first does not – and it resonates with the message of the book of Psalms: “His pleasure is not in the strength of the horse, nor his delight in the legs of the warrior; the Lord delights in those who fear him,
who put their hope in his unfailing love” (Psalms 147:10-11).

The elegantly simple way in which the division of the red sea is described in the Torah is such so that it can be read at two quite different levels – one as a supernatural miracle, the other as a moral tale about the limits of technology when it comes to the real strength of nations. That, to me, is what is most striking. It is a text quite deliberately written so that our understanding of it can deepen as we mature, and we are no longer so interested in the mechanics of miracles, but rather more interested in how freedom is won or lost.

So while it’s good to know how the division of the sea happened, there remains a depth to the biblical story that can never be exhausted by computer simulations and other historical or scientific evidence. It depends instead on being sensitive to its deliberate and delicate ambiguity. Just as ruach, a physical wind, can part waters and expose land beneath, so ruach, the human spirit, can expose, beneath the surface of a story, a deeper meaning beneath. 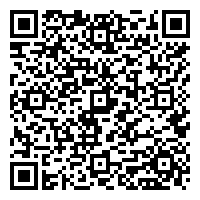