Anyone who takes a look at the sichos of Lag B’Omer 5745 will recognize their strong relevance to the Siyum HaRambam on the eve of Lag B’Omer. To borrow the Rebbe’s words in the sicha, “There’s no room for argument.” We can see clearly how the Rebbe is talking to us today.

It was over a month after the Rebbe himself made the historic first Siyum HaRambam on Yud Alef Nissan 5745. Many spectacular siyumim were held the world over, making a strong impression on all segments of Torah Jewry and beyond. With the daily study already concluding the second volume of Rambam, Sefer Ahava, the Rebbe suddenly began speaking about making a siyum on the entire Rambam. The Rebbe proceeded to draw a connection between the conclusion and beginning of Rambam, as is customary when completing the entire Rambam!

The Rebbe called for holding additional siyumim on the entire Rambam in every location possible, and to publish albums documenting these celebrations. The Rebbe spoke excitedly about his recent takana of Rambam study, and said that the Rambam derives pleasure from each additional Jew who joins and begins learning the text.

The Rebbe stressed the advantage of making a tumult surrounding the siyumim, as this attracts additional people to join the study.

During the farbrengen, the Rebbe made mention of some who unfortunately mocked the study of Rambam under the pretense of defending the Rambam’s honor. The Rebbe asked whether those mockers ever completed even one volume of Rambam in their life.

The Rebbe discussed the way Hashem set up nature, in that when there is even slight movement in one part of the world, it has a ripple effect in the surrounding air, and this chain continues to affect the entire world. Based on this, said the Rebbe, when even the simplest Jew learns Rambam, this causes the Rambam’s lips to move in his grave, and ultimately affects the air of the entire world.

The Rebbe found similarities between the Rambam and Rashbi, the baal hahilula of Lag B’Omer. Moreover, the famous concluding words of the Rambam in reference to the geula, “In that time…,” are related to the famous words of the Zohar, quoted often in the discourse of Lag B’Omer: “One time the world needed rain.” Rain is a reference to the geula shleima!

The sichos speak for themselves. There is no need for explanations or proofs. Excerpts from the farbrengen were published and distributed this past Shabbos throughout Crown Heights and generated a wave of excitement in anticipation of the siyum.

An amazing feeling among Chassidim permeates the air. More than 27 years after Gimmel Tammuz, we merit a farbrengen directed to our present situation. This proves to us again that the Rebbe is with us, celebrating the siyum on the forty-first cycle of Rambam study together with us.

The Committee of the Siyum HaRambam HaOlami has published a beautiful booklet that will include the farbrengen in Lashon HaKodesh and English, along with handwritten notes from the Rebbe in connection with the farbrengen. A special campaign was announced in Chabad yeshivos for the bochurim to learn this farbrengen. Prizes will be raffled off among those who successfully pass tests on the content of the sichos.

As has been publicized, the central siyum will take place with a grand and joyous event as Lag B’Omer is ushered in on Wednesday, May 18, at 7:30 p.m. in front of 770 Eastern Parkway. The siyum will be combined with a festive Lag B’Omer celebration, making this a truly historic event. A grand bonfire on the main road of Eastern Parkway will be a first in Jewish history.

Notwithstanding all the joy and excitement we have from learning and experiencing this wondrous sicha, we continue demanding and davening for the geula shleima. Then, we will celebrate the siyum together with the Rebbe, the Rambam and Rashbi here in a physical sense.

As the Zohar teaches us, the Redemption will come in the merit of learning the inner dimension of Torah, and then we will have the fulfillment of the halachos at the conclusion of Rambam, when “the world will be filled with knowledge of Hashem as water covers the seabed.”

Below are links to the farbrengen in Lashon HaKodesh, Yiddish, and English, as well as audio and video: 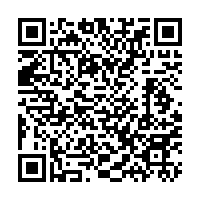