It is well known that Hashem speaks to us through current events. Lately, freshman congresswoman, Ilhan Omar of Minnesota, has been in the news for making anti-Semitic remarks. Many were troubled by the weak response her colleagues offered, essentially failing to condemn the actual misdeed: anti-Semitism.

The message in that part of this debacle should be blatantly clear to all. When a U.S. congresswoman can accuse all Jews of having dual loyalty, being traitors, and corrupting the U.S. government without any rebuke or repercussions, Jews in this country should begin to worry. Perhaps this will not be our permanent home? Perhaps we do not belong here at all?

Since Omar was not censured, she has doubled down and continued her diatribe. She recently penned an OP-ED in the Washington Post where she explained her views of the Middle East, and specifically Israel. She wrote that the founding of Israel was based on the Jewish people’s connection to their historical homeland, and the fact that we suffered in the Holocaust. Therefore, she posits that we must also recognize the Palestinians connection to their historical homeland as well, and they too are oppressed.

Omar has brought to the table the debate as to why we are entitled to live in Israel. She claims it is because it is our historical homeland and because we were oppressed, and based on that she argues that the Palestinians deserve land there as well.

Both of these reasons are wrong! Neither of those reasons are why we lay claim to the land. Additionally, Israel is not the historical homeland of the Palestinians, precisely because there is no such thing as a Palestinian; they are Jordanians who have no history in the land of Israel.

There are two separate reasons why we do have a right to the land of Israel. The real reason is, as the very first Rashi in Chumash says, because the Creator of the world, who owns the world and runs the world, has chosen to give it to us. Not because it is our historical homeland, but because G-d gave it to us then and today.

Which brings me to the second point, which is a world-recognized legal right. In 1948, by an act of G-d, the anti-Semitic UN voted to make Israel a Jewish State. Since then the Jews in Israel have been attacked in several wars and won every single one, again only with the open miracles G-d performed for them. The Right of Conquest dictates that territory gained by force of arms belongs to the victorious party. Israel is the only country in world history that has won wars and is compelled by international pressure to concede the gained territory back to their enemies.

The reason Hashem put this argument into Congresswoman Omar’s mind and then onto the pages of the Washington Post is visibly to engage us in this debate. It is to cause us to respond: “No, that is not why we have claim to Israel. Rather, it is because Hashem gave it to us.”

We are in Adar, approaching Nissan, the z’man of the ge’ulah. Hashem is preparing us for that great day by bringing this topic to our tables. Let us not miss this open communication. Let us counter Omar, not by talking to her per se, but by talking among ourselves and our families and friends. May this bring the ge’ulah to the forefront of our minds, preparing us for its arrival, amen. 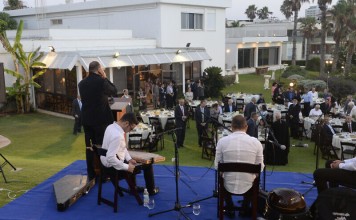 Report: US Envoy’s Herzliya Residence Up for Sale at Record $87 Million 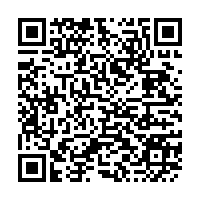