Kalman (Ken) Kolman was a highflying, successful executive in the shoe manufacturing industry. He and his family had lived in an elegant home, with a built-in Jaccuzzi on its back deck overlooking a golf course in California’s Sonoma County wine country. It boasted a wine cellar with a collection worth $50,000. However, in the middle of his journey to becoming Orthodox, his success suddenly started evaporating.

As we mentioned previously, Kalman and his wife Esther (Ellen) learned the fundamentals of Jewish observance from a group of elderly men in a non-observant synagogue who had stopped being observant years earlier. The men saw in the Kolmans and two other young families a chance to make amends for their own mistaken choices in life.


Kalman and Esther recognized the truth of these teachings, and began adopting Jewish observances one at a time.

Kalman spent the years shuttling back and forth between their home in California and customer sites in the Far East, South America and Europe. He became proficient in Mandarin Chinese and gained the trust of many factory owners and officials in mainland China and Taiwan. Major shoe companies hired Kalman on a contract basis, putting their trust in him to oversee the design and production of their new products, and he never failed to deliver.

In 1998, the Kolmans decided to move to Seattle, Washington, to become members of a proper Orthodox community. They purchased a smaller, but still spacious home. The move afforded Kalman and Esther the chance to learn and grow through local shiurim and through the help of neighbors and the Seattle Kollel. Plus, for the first time, their two children were able to gain a proper Jewish education.

Kalman continued flying back and forth to the Orient. His job granted them financial security, but the time commitment and travel demands forced him to limit the time he could devote to his Jewish growth.

In 1997, Kalman and a Chinese business partner invested millions of dollars in a new project in Taiwan to make shoes for a famous rap singer. Over time it became clear to Kalman that the deal was a fraud. His new partner (the rap singer’s manager) framed Kalman and ran away with his investment. But even worse, the partner ruined Kalman’s hard-earned reputation by convincing the factory owner that Kalman was at fault.

In a business and climate based primarily on one’s rapport with business associates, the events meant immediate financial ruin for Kalman. His clients and associates shunned him, and his contracts soon dried up.

Over the next few years, the family’s savings and retirement investments began to dry up, as they struggled to pay back debt and for their own living expenses. The lifestyle and comfort they believed would never end had done just that. They were unsure how to pick up the pieces and find a way to make ends meet. Finally in 2003, the Kolmans declared bankruptcy.

The series of events was a major test of the family’s new beliefs and emunah. They were forced to sell their home and rent a small house. With no work and their savings drying up, Kalman became a mashgiach in a grocery store to pay for the family’s basic necessities. Ellen soon returned to work after twenty years at home.

On Simchas Torah in 1999, shortly after the beginning of the Second Intifada, Kalman and his friends in synagogue were drunk on Torah and from a few l’chaims.

“My chavrusa, Chaim Yosef, asked me, ‘Are a few Arabs going to stop us from going to Israel and learning Torah?’

The men gave each other high-fives.

The next day Chaim Yosef asked Kalman if he was serious.

Chaim Yosef not only convinced Ellen to let Kalman go with him, he sweetened the deal by covering all the expenses. Kalman only needed to pay for his plane ticket, which was easy with his ample frequent flyer miles. The two men set off for a month to learn in Aish HaTorah’s Executive Learning Program.

Throughout his month in Israel, Kalman realized he had found his home, in the beis medrash and in Eretz Yisrael. At night he spent time contacting previous clients, and was able to sign several new business deals. He began to sense that the seeds were being planted for the family’s next move.

One year later, Kalman and Esther returned to Eretz Yisrael together, to learn in the men’s and women’s programs at Aish HaTorah. During that second sojourn in Israel, Kalman began seriously contemplating aliyah.

Several months later, back in Seattle, Kalman layned from the Torah on Parshas Shelach, the anniversary of his bar mitzvah. During Kiddush, Kalman and Chaim Yosef discussed some of the Kolmans’ apprehensions.

“It’s this week’s parsha – the Meraglim,” Chaim Yosef said. “You have to go!”

Over the ensuing year, their youngest child graduated from high school, and their landlord gave them notice that he would not be renewing their lease. Plus, the grocery store in which Kalman worked closed down. The Kolmans decided to pack their bags and made aliyah.

Kalman completed a contract that provided funds for their first few months in Eretz Yisrael. Over time other projects arrived, including a job teaching shoemaking in Nigeria and a related contract to write a shoemaking manual. He began to regain his former good reputation and returned to China for a short stint to set up an office for an e-cigarette company and manage the production of its initial products. Finally, upon reaching age 62, Kalman officially retired from the manufacturing industry and began a new career of full-time Torah study.

Despite the challenges he faced, Kalman says that he can now see the brachos the events brought him.

“Before this happened, I was living a lifestyle commensurate with the money I was making – flying first class, staying in the best hotels, etc. We were living high. We never would have broken out of that lifestyle. Our kids would not have been frum; they would have married goyim like all of their cousins.”

Kalman’s financial ruin also prevented an additional problem, one he had not anticipated.

“I made my reputation in the Far East by learning to speak Chinese, eating their food – octopus, snails, prawns. With the Chinese, everything is based on relationships. They test you to see if they can they trust you. They take you out to dinner, clubs, bars. It’s impossible to do those things as a frum Jew.

“I also wouldn’t be here in Eretz Yisrael. On all of my many trips, I never stopped in Israel. It was never a draw for me. I never would have made it. I would have been on the French Riviera instead.”

In addition, the hard times taught the Kolman family a critical lesson on just Who had been providing their income over the years.

“I worked hard my whole life. I’m smart; my father gave me a good work ethic. I still lost all my money. It showed me that there is something to believe in other than myself.

This may have been the most important lesson for the family. Chovos HaLevavos (Sha’ar HaBitachon) says that the test of parnassah is two-fold: first, will we make our money in a kosher way? Second, will we think that the money is due solely to our efforts, or we will acknowledge Hashem’s Hand in providing it?

That was the message for the Kolmans, to see in the downturn how Hashem had kept them up throughout all the years. Kalman truly went from riches to rags, but is now receiving the ultimate riches, learning Torah and observing mitzvos in Eretz Yisrael. 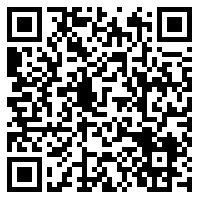