The Stern family of San Francisco* has weathered many storms. Even as their three sons became frum, one at a time, the parents worked hard to accept the unexpected changes. But when their sons talked about boycotting their only sister’s wedding to her non-Jewish boyfriend, it threatened to unravel their family’s tight harmony.

Previously, we profiled the unity and love among the members of the Stern family. Dave was the first to become observant. He dropped out of college in his freshman year and went to learn at Aish HaTorah in Yerushalayim. While he was there, his brother Fred came for a visit and Dave convinced him to stay and learn. The following year, while Sam was backpacking across Europe after finishing high school, his older brothers persuaded him to join them in yeshiva. Sam joined them for a few weeks at the end of the summer.


Sam intended to stay for a short time before returning to America to begin college, but then came The Wedding.

Though their parents and grandparents had always stressed the importance of marrying Jewish, and one grandfather said he would never come to a wedding with a non-Jew, sister Julie had been dating her non-Jewish boyfriend Nigel for several years.

When the Stern children wondered why marrying Jewish was so important, their parents struggled to answer. The children’s question was only amplified by the upbringing which they had received – they were all proud Reform Jews whose synagogue attendance was limited to several times a year. They were also proud Americans who mingled with non-Jews at school and social events. If so, what was wrong with marrying out of the religion? No satisfactory answer was given.

With this background, it was actually surprising that Julie was the only child to marry out.

Ironically, as a child, Julie had taken her Jewish observance seriously. She dutifully attended Reform Sunday School and Hebrew High School until twelfth grade. Out of the several dozen children who had begun Sunday School with her, only the 12 most committed decided to continue through Hebrew High School (“we were all Reform goodie-goodies”). And even though they were the most committed in the Temple, nine of the 12 ended up marrying non-Jews!

Julie and Nigel had met in college and had dated for several years before announcing their engagement.

“I had always wanted to marry someone Jewish, but I was very entrenched in the secular world,” Julie recounts.

For years, the rabbi of the family’s Reform synagogue had refused to officiate at mixed weddings. However, in 1977, when the daughter of a prominent family in the Temple (and a cousin of the Sterns) decided to marry her non-Jewish sweetheart, the rabbi abandoned his principles and consented to officiate.

By the time Julie decide to marry Nigel in 1979, the rabbi had become a seasoned veteran at performing mixed ceremonies.

As the date of Julie’s wedding approached, Dave, Fred and Sam were faced with the most significant challenge thus far in their religious journeys. How could they miss their only sister’s wedding? Their absence would be obvious, and refusing to go could cause an irreparable rift in their family. On the other side, how could they go? Everyone else in their family and the Temple had happily accepted the news. By refusing to attend, they would be the lone voices against intermarriage. They would also be demonstrating that their newly-found religious observance was a serious commitment.

The internal pressure was greatest on Sam. He had only arrived in Yerushalayim a few weeks before and was the least committed to Orthodox observance at the time. He was torn between allegiance to his brothers, and his love for his older sister.

“When I came to Aish in August of 1979. Julie was already engaged. I was good friends with Nigel. There was a six-year difference, he was very nice and charming, a likeable person. Of course I liked him! Then came the announcement of a wedding date for mid-October. Holy guacamole, now what? What are we supposed to do?

“Do we go to the wedding? Well she’s our sister, how can we not? How do we relate to them? What do we do?”

The three brothers realized that it was impossible to take a middle position. Either they would all go and participate, or they would refuse to attend completely. They asked one of their rabbis in Eretz Yisrael for guidance. He told them they were not permitted to attend the wedding. However, he stressed the importance of continuing to be civil and cordial to Julie and Nigel, without showing any sign of acceptance of the marriage.

The answer was clear cut but uncompromising and a watershed moment in the lives of all three brothers – but it had the biggest impact on Sam’s growth. He decided to stay and learn well beyond the few weeks he had originally planned, and to take his learning more seriously.

“If I was going to create a split in my family, [it couldn’t be for] something I didn’t believe in.”

The few months before and after the wedding inculcated in Sam a deep love of learning, and he ended up staying in Eretz Yisrael for several years of serious growth and Torah study.

The effects of the brothers’ decision rippled across the ocean. While the elder Sterns had tried to accept the changes in their sons’ lives with love, their not attending the wedding was a clear demonstration of how seriously committed they were to their new lifestyle. The brothers’ refusal to attend was a double statement of their disagreement with Julie’s decision and a confirmation of the new direction of their lives.

“Needless to say, it took a long time [for feelings in the family] to reach normalcy. It took at least ten years to settle down. I felt like my entire world was turned upside down,” Sam said.

Fast forward thirty-nine years later. Julie eventually became frum, following her brief marriage and divorce (to be explored in our next column). This year, just several weeks ago, Julie joined Dave and Sam in Eretz Yisrael at the chasunah of one of Dave’s children (Fred was unable to attend for personal reasons). The siblings were surrounded by some of their many children and grandchildren, a clear testament to the lasting positive impact of the decisions they made so many years ago.

The chasunah in Eretz Yisrael was also a far cry from Julie’s wedding years ago. The brothers’ refusal to attend, which initially threatened to tear apart the unity of the family, became the impetus for much of their growth and their success in transmitting Judaism to their descendants. 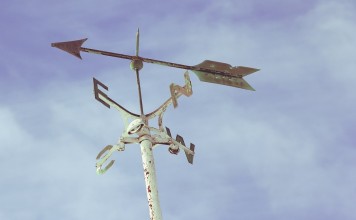 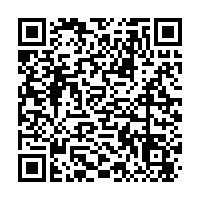