Israel is a country that has spent more than six decades weaving the two formerly disparate basic branches of the Jewish family, Sephardim and Ashkenazim, into one people. These days, nary an eyebrow is raised as they hang out, date, and marry in the Jewish state, and most of their cultural differences have nearly evaporated.

But for seven days each year, the lines are drawn all over again, over something as seemingly innocuous as a bowl of rice – and the result can be a lively Passover Seder debate.

Most Ashkenazim were raised with the belief that, along with yeasty breads, crackers, cereals, and other baked goodies, kitniyot – corn and rice and all foods made with them, as well as legumes of all kinds (yes, that does include tofu) – are also off the Passover menu. For traditional Ashkenazim, these foods are as fully chametz as a fluffy loaf of challah.

Of course, the Torah (Exodus 13:3) strictly forbids Jews from dining on chametz during Passover, chametz being defined as leaven from the “five grains”: wheat, spelt, barley, shibbolet shu’al (two-rowed barley, says Maimonides; oats, says Rashi), and rye. The rabbis in ancient times added to the list anything made from these grains other than matzah and matzah products.

Over the centuries, Ashkenazim have expanded the list of Passover-prohibited foods to include other grains and legumes, a tradition called kitniyot that usually applies to corn, rice, peas, lentils, and beans, and as often as not to peanuts and soy, green beans, snow peas, sugar-snap peas, chickpeas, soybeans, and sunflower and poppy seeds.

One theory concerning the prohibition on these foods, said to date back to 13th-century France, is the fact that kitniyot items tend to look like chametz, and are often sold right alongside them. This, before the day of sealed packages in supermarkets, posed a real threat of cross-contamination.

But in Israel, because food packagers have two very different markets to please (and Sephardim outnumber Ashkenazim), the traditional Ashkenazi approach can be challenging.

“ ‘Kosher for Pesach for those who eat kitniyot’ is really the phrase you look for [on packaging] so you know not to buy it,” says Arlene Barnhart, an Ashkenazi living in Beit Shemesh. “Sometimes ‘Kosher for Pesach’ is in large letters and the rest is really small. So even when you have great Hebrew, and mine is pretty good, it can still take hours in the store struggling to decipher what you can and can’t buy. You have to be a bit of a detective. Otherwise you get it home and find you can’t use it.”

There are plenty of examples of tricky situations, including halvah whose packaging states “Kosher for Passover” in large letters yet whose corn syrup makes it is kosher for Passover only for Sephardim. The same applies to candies and other desserts, salad dressings, and countless other products, which are all labeled “Kosher for Passover” but aren’t actually so for traditional Ashkenazim.

Yet there is a subtle but decipherable shift among many Ashkenazim, even traditionally observant ones, to say yes to consumption of kitniyot on Passover. Some mainstream rabbis, including Rabbi Zvi Leshem of Efrat, have put forth the ruling that kitniyot foods are acceptable for Ashkenazim, assuming that that ingredient in question isn’t the main one and clearly recognizable.

In fact, there is even a Facebook group called Kitniyot Liberation Front that boasts hundreds of followers, not surprisingly mostly Anglos, overtly pushing the anti-kitniyot agenda.

The traditional Jewish community in the U.S. (heavily Ashkenazi in numbers), meanwhile, is not seeing much of this kitniyot pushback, says Kashrut.com editor Arlene Scharf. And it’s also safe to assume that, even in Israel, Pesach 5774 will still see most traditional Ashkenazim passing on the bowl of rice their Sephardic friend – or mother-in-law – offers them. 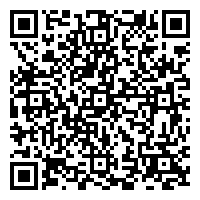