{Originally posted to Rabbi Weinberg’s website, The Foundation Stone}
I was on my way to pay a consolation call on Moses and Aaron who had just lost their sister, Miriam. I was wondering whether to approach them as the leaders they were, or, as human beings bewildered by grief, estranged from human conversation. Perhaps they were riding the hinges of their public and private roles.

I didn’t know what to expect. Aaron was skilled in conversation, but the man who, “loved peace, and pursued peace (Chapters of the Fathers 1:12),” was at that moment, as any mourner, not himself at peace.


Would Moses, “slow of speech, and of a slow tongue (Exodus 4:10),” who could speak for God, hide his personal feelings in the vast personal unspoken, “the little pole/ that pierces both/ body and soul (Elizabeth Bishop)”?

As I walked toward the center of the camp, the normal sounds of our desert settlement changed; something was missing. The water that for the past forty years streamed from the rock all through the camp had stopped flowing.

People from all over the camp, noticing the absence of water, were stepping out of their tents, and an undertone of fear and anger grew louder, until a huge crowd mobbed the two mourning brothers, “If only we had died when our brothers died before the God! And why have you brought up the assembly of God into this wilderness, that we and our livestock should die here? And why have you brought us up from Egypt, to bring us into this evil place? It is no place of seed, or of figs, or of vines, or of pomegranates. Nor is there any water to drink (Numbers 20:3-5)!”

As I watched, “Moses and Aaron went from the presence of the assembly to the door of the Tent of Meeting, and they fell on their faces, and the glory of God appeared to them (Verse 6),” I suspected that the desperation of the two brothers was exacerbated by their devastating loss.

When Moses began by speaking to the rock (Verse 8), unlike the original Water From A Rock miracle, when he hit the rock with his staff (Exodus 17:6), I had hope that Moses had regained his speech, the hinge he rode had flipped, and he was fully engaged in his new landscape of a world without Miriam.

But his words failed him (Rashi, Numbers 20:10), and, in his anger, he twice hit the rock. How would the mourning, angry, and frustrated Moses deal with his failure?

Word quickly spread through the camp that God was furious with Moses and Aaron, “Because you did not believe in Me, to sanctify Me in the eyes of the children of Israel, therefore you will not bring this assembly into the land which I have given them (Verse 12).” Would this be the end of Moses? How can anyone face all that he did that day? Had the hinge swung shut?

Then, “Moses sent messengers from Kadesh to the king of Edom (Verse 14), and, we all were relieved that the hinge had flipped, and Moses seemed to have called on deep reservoirs of strength to move ahead and act despite all the pain. But when, Edom responded to Moses, “‘You will not go through.’ And Edom came out against them with many people and with a strong hand. Edom refused to give Israel passage through his territory, so Israel turned away from him (Verses 20-21),” we again wondered whether the hinge had flipped back and Moses was weakened by his suffering and failure.

Moses mourned again. Moses mourned alone. Aaron died (Verse 26). The people sought strength in themselves, without Moses: “When King Arad the Canaanite, who lived in the Negev, heard that Israel came by the way of Atharim, he fought against Israel and took some of them captive. Israel vowed a vow to God and said, “If You will indeed deliver this people into my hand, then I will utterly destroy their cities.” God listened to the voice of Israel and delivered up the Canaanites, and they utterly destroyed them and their cities. It called the name of the place Hormah (21:1-3).” It seemed that we, the people, had found our own strength, perhaps even a hint of our success after Moses’ passing.

And then, we too, lost our strength: “They journeyed from Mount Hor by the way of the Red Sea, to go around the land of Edom, and the soul of the people was very discouraged because of the way. The people spoke against the Lord and against Moses, “Why have you brought us up from Egypt to die in the wilderness? For there is no bread or water, and our soul loathes this worthless manna (Verses 4-5).” We, all, were riding the hinges, wildly swinging inside and out.

And then we found our voice: “Then Israel sang this song: ‘Spring up, O well! Sing to it-the leaders dug the well; the nobles of the people dug, by the lawgiver, with their staffs (Verses 17-18).”

We found our voice and Moses found his courage and great strength: “God said to Moses, ‘Do not fear him because into your hand I have given him, and all his people, and his land, and you will do to him as you did to Sihon king of the Amorites, who dwelt at Heshbon. So they killed him, and his sons, and all his people, until there was not a survivor left to him alive, and they possessed his land (21:34-35).”

Perhaps our portion that begins with the Red Heifer is not about contradictions but a description of life on the hinges, lives in which we experience moments of greatness and moments of insignificance, accomplishments and failures, moments as those lived by the Angels as described by Ezekiel, “The living creatures ran to and fro as the appearance of a flash of lightning 1:14).”

The introductory verses, “And God spoke to Moses and to Aaron, saying: ‘This is the statute of the Torah which God has commanded’ (Numbers 19:1-2),” remind us that the essence of Torah is to guide us in mastering a life of back and forth, inside and out, up and down; life riding on the hinges. Torah is not for the perfect society as it is not for the corrupt community. It is for those who engage life on the hinges, and seek to find their voice, courage and inner greatness.

Torah is not only for the perfect child, student, or rabbi. It guides and nurtures those of us courageous enough to ride the hinges and still seek that strong and powerful inner voice.

{May this teaching from Rabbi Weinberg help bring his refuah shleimah} 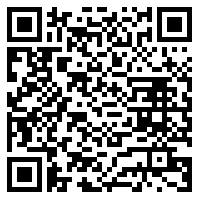