“These are the accounts of the Mishkan, the Mishkan of testimony…” (Shemos 38:21).

To explain why the word “Mishkan” is repeated in this verse, Rashi cites the Medrash, which says that the two mentions allude to the two Batei Mikdash that were taken as collateral twice by Hashem. The “Mishkan of Testimony” served as testimony that Hashem forgave the Jewish nation for the sin of the Golden Calf and allowed His Divine Presence to dwell among them.

Why is the Mishkan considered collateral?

The great gaon Rav Yaakov Kamenetsky explains that when an individual becomes impoverished and must sell his possessions, he will sell his car or boat – things he can do without. But he won’t part with his tefillin or the Sefer Torah he inherited from his great-grandfather because they are precious to him. If he is terribly desperate, he may consider giving these items as collateral, but only in the hopes of retrieving them at a later point.

Bnei Yisrael were destined to enter Eretz Yisrael shortly after the Mishkan was built (this was before the sin of the spies). Nonetheless, they responded with joy and alacrity to Hashem’s command to contribute towards the building of a Mishkan. They gave no thought to the fact that it would be temporary and that very soon they would be making major contributions to build the Beis HaMikdash itself. Indeed, the people were so generous that instructions had to be given not to donate anymore.

When the Jewish nation demonstrated their love for the Mishkan, it became the equivalent of a person’s tefillin or inherited Sefer Torah that he would only give away if he hopes to get it back later. So Hashem designated the Mishkan as collateral for those times when Bnei Yisrael sin. It would be returned when they repented and their sin was atoned.

How did the Mishkan atone for the sin of the Golden Calf?

R’ Nissim Yagen notes that atonement means rectifying one’s sin. Generally, teshuvah includes regretting, confessing, asking for forgiveness, and resolving to be good in the future. Most importantly it requires correcting the character flaw that caused one to sin.

The Talmud (Bava Metzia 85a) relates that a calf being taken to slaughter once ran away and hid under the cloak of R’ Yehuda HaNasi. Rebbi said to the calf, “Go, for this you were created!” Rebbi suffered terrible stomach pains for 13 years for his lack of pity on the creature.

After 13 years, Rebbi saw his maidservant vigorously sweeping away weasels in the house with a broom. He asked her to stop, reminding her that Hashem has mercy on all his creations. In Heaven they said, “Since he is compassionate, let us be compassionate on him.” And he was healed.

What caused the Jewish nation to err? The Rambam explains that Bnei Yisrael didn’t intend for the Golden Calf to be an actual god; what they wanted was a replacement for Moshe – someone to guide them in the ways of Hashem. Their error was not asking Hashem what to do and seeking His direction. They corrected this error in building the Mishkan. With the completion of each step of the preparation and construction of the Mishkan – 24 times – the Torah tells us that the work was done “according to the word of Hashem.”

The great tzaddik R’ Elimelech of Lizhensk was once traveling through Poland and Galicia with his brother, R’ Zushe. At a certain inn they stayed at, the innkeeper accused them of stealing a piece of silver. He had them arrested, and they were sent to prison until their day in court.

The brothers weren’t upset by their physical affliction, but they began to cry when they saw their cell. It was located near a sewer, which meant they couldn’t pray, study Torah, or even think divrei Torah.

R’ Zushe said, “My beloved brother, let’s analyze this for a moment. Our mission in life is to fulfill Hashem’s will and bring Him pleasure. That’s why we want to learn and daven. In our present situation, though, Hashem wants us not to learn and not to daven.

R’ Zushe continued to speak words of encouragement until they were both extremely happy over the new way in which they could serve Hashem – by not learning or davening. Indeed, they were so happy that they began to dance. When the other prisoners, who had been sadly lamenting their miserable fate, witnessed their simcha, they were inspired to join in.

The guard, hearing all the commotion, hurried over demanding to know the cause for celebration. “Are you out of your mind?” he shouted.

The brothers explained that they were singing and dancing because of the proximity of their cell to the sewer. Resenting their simcha, the warden immediately removed them from the cell and relocated them to a clean one. Of course, in this new cell, they could daven and learn Torah.

R’ Zushe commented, “See R’ Melech, with a little bit of simcha, a person can annul decrees and remove the pain.” 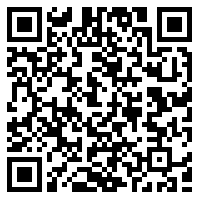