Noach is described by the Torah as being perfectly righteous. Yet, he is always held up to the standard of Avrohom Avinu. Therefore, as great as he was, on some level he is viewed as having not fulfilled his complete potential; he wasn’t as great as he could have been.

Rashi cites an opinion that Noach was only considered righteous in his generation. However, had he lived in the generation of Avrohom, he would not have achieved any level of greatness. This is because although he was personally righteous, Noach did not save his generation. In fact, he didn’t save anyone outside of his immediate family. Avrohom, on the other hand, created a tremendous movement consisting of multitudes of people to whom he and Sarah taught about Hashem.

Parshas Noach is therefore a parsha that contains the story of a hero who achieved greatness, and yet did not fulfill his potential. It is intriguing that the parsha seems to end with another such story of an individual who sought greatness and yet came up short.

After the Torah introduces Terach and Avrom, it tells us about Terach’s journey at the end of his life. “Terach took Avrom his son… and he went out with them from Ur Kadim to go to the Land of Canaan. And they came to Charan and they dwelled there.” Then the final words of the parsha read, “Terach died in Charan.”

In his old age, Terach left with his family to go to Canaan. Seforno explains that Eretz Yisroel is a propitious place, where the very air is conducive to achieving holiness and developing greater closeness with G-d. It seems that Terach set out for Eretz Yisroel because he wanted to bask in the sanctity of the Land.

Many tourists in Switzerland enjoy mountain climbing. They are not professional climbers who scale the world’s highest peaks, but amateurs who enjoy overcoming a significant challenge.

On the day of a climb, the group departs from a “base camp” at the foot of the mountain early in the morning. The goal is to make it to the summit by mid-afternoon, so they could set up camp well before dark.

About halfway up the mountain there is a rest area – a “halfway house.” The climbers all enter to find a cozy room with couches and a fire. A hot and fresh lunch is already cooking and the smell fills the hut. Everyone removes their gear and settles around the table jovially as they enjoy their lunch.

After about an hour and a half, the guide announces that they must move on if they want to reach the summit on time. Invariably about half of the climbers reply that they decided to remain in the halfway house, and they will rejoin the group the following day when they stop in on their way down.

Those who decided to go on put on all their gear and make their way out into the cold. The rest of the group who stayed joke around, play on the piano, sing songs, and tell stories, and have a wonderful time for a couple of hours.

Somewhat suddenly, around four in the afternoon, without anyone saying anything, one by one they start walking over towards the big window, and looking towards the summit where they can see the small figures of their group setting up camp. The mood in the hut becomes melancholic and quiet. For the rest of the night and the following morning there is not much conversing going on, and they mostly stand by the window and watch.

Then, around midday, the door swings open and the group of people who made it to the top enter. They are laughing, whopping, and high-fiving each other. They animatedly talk about what it was like at the top, the view, the group picture they took, the selfies they took, hoisting the flag at the summit, and what it was like sleeping out there. Those who remained in the hut smile sadly but politely and nod their heads without saying much.

After lunch, the entire group puts on their gear and heads down the mountain. When they reach the bottom, they are greeted by family members and friends who ask them about their trip. Those who went all the way to the top excitedly relate about their experience. But those who chose to remain in the hut quietly slip away into their cars, and drive home in silence.

Why? Because they know that they made a big mistake. They gave up a dream and goal for a little bit of comfort.

Chazal tell us that at the end of his life Terach did teshuva. His desire to go to Eretz Yisroel would seem to be part of his efforts for repentance and growth. So, he left Ur Kasdim and, together with his family, they undertook the arduous journey to Charan.

When they finally arrived in Charan, perhaps Terach announced that they would spend a week there to rest and reenergize themselves for the remainder of the journey south to Eretz Yisroel. However, as so often happens, life sets in. One week became two weeks, then a month, two months, a year, etc.

The most painful words of all are the final words of the parsha: “Terach died in Charan.” He never fulfilled his dream! He made it to the halfway house, but never got passed it.

In Parshas Lech Lecha, the Torah states about Avrohom Avinu: “He left to go to the land of Canaan, and he arrived in the land of Canaan.” This pasuk, which seems to just be telling us dry facts, is in fact relating something very profound. Unlike his father who never completed his journey, and was never able to fulfill his dream, Avrohom left on his journey and indeed completed it. There were so many challenges that he had to overcome in order to arrive, but he persevered.

Unlike Noach who did not completely become and achieve as much as he could have, and unlike Terach who never fulfilled his dream, Avrohom makes it all the way to the summit. And that is why he is Avrohom Avinu, the first of the patriarchs.

John Maxwell concludes: In life, so many of us make the same mistake as those mountain climbers who remained in the halfway house.

If we want to achieve personal greatness, we have to hold onto our goals and dreams, and be relentless in our pursuit of them. We cannot allow momentary laziness or comfort to impede our success. Every day is another step towards our personal summit. 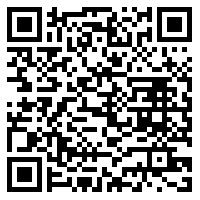