“Sarah died in Kiryas Arba…and Avraham came to eulogize Sarah and to mourn her” (Bereishis 23:2).

Pirkei D’Rebbi Eliezer notes when Avraham Avinu was on his way back from Har HaMoriah, the site of Akeidas Yitzchak, the Satan was resentful that he had been unable to prevent him from listening to Hashem. He therefore went to Sarah to ask if she was aware of what her husband had done. She of course replied in the negative. When the Satan told her that Avraham had taken Yitzchak to offer him as a korban, she emitted three huge sobs after which her neshamah departed her body.


When Avraham Avinu returned home – having just passed the nisayon of the akeidah and thus in a heightened spiritual state – he learned that his beloved wife had unanticipatedly left this world. The nisayon therefore was not complete. Avraham had to prove that he wouldn’t regret his achievement at Har HaMoriah.

If a person is sufficiently anguished about a good deed he’s done, it can impair the magnitude of the good deed. That’s why the very next pasuk after the one stating that Avraham eulogized his wife begins: “And Avraham rose up from before his dead.” Avraham Avinu was able to surmount the challenge the Satan put before him and demonstrate that his emunah was complete.

In fact, we pray to be able to emulate Avraham every time we daven Maariv. In the berachah of Hashkivenu, we say, “And remove the Satan from before us” – so that we are successful in our initial challenge – “and following us” – so that we don’t have cause for regret that will detract from our accomplishment.

The Torah tells us: “and Avraham came to eulogize Sarah and to mourn her.” The Medrash (Bereishis Rabbah) asks: Where did Avraham come from? R’ Levi said he came from burying Terach. R’ Yosi counters that Terach died two years earlier. He argues that Avraham came from Har HaMoriah.

The great rosh yeshiva of Ponovezh, HaRav Eliezer Shach, zt”l, comments that the dispute is not about where Avraham physically came from. Rather, it’s about the nature of his eulogy for Sarah.

Avraham Avinu was alone in his faith in Hashem. Everyone else in the world worshipped avodah zarah. In his eulogy, Avraham acknowledged that his strength to remain stalwart in his emunah and overcome his nisyonos was due to the merit of Sarah, his wife. It was because of her support that he able to “bury Terach” – i.e., bury his life of idolatry and heresy.

According to R’ Yosi, though, Avraham was giving Sarah credit for something else – for the chinuch and emunah that Sarah infused in her household which empowered Avraham and Yitzchak to unquestioningly embrace Hashem and His directives at Har HaMoriah.

Every individual is destined to face challenges in his life, each according to his strength; as the Gemara says (Avodah Zarah 3a), Hashem doesn’t deal tyrannically with His creations.

It was after midnight when my phone rang, and the person calling calmly stated that his spirituality was being tested and he would be committing an aveirah. I didn’t know him and had no idea why he was calling me. Did he want me to prevent him from sinning? Did he merely want to confess to someone that he was going to sin?

I asked him simply: How could I be of help to you?

He said that since he had left yeshiva, he had been slipping in his strict adherence to Torah and mitzvos, and now he had encountered a more crucial situation.

I tried to counsel him to remain strong in the face of adversity, but he responded that it had become increasingly difficult for him to do so lately as he felt heavily pressured by life’s vicissitudes.

He was calling, he said, because he was really not okay with proceeding to sin. We continued to speak, and I offered him the Talmud’s suggestion of changing his location so he could adjust his mindset.

“Where could I go?” he asked. I sensed that this was a sincere individual who had just become confused and spiritually disoriented, and it seemed that my suggestion completely stymied him.

“Come to my home,” I said. “I’m responsible to help you save yourself,” and I finally convinced him that I would wait up as long as necessary.

He arrived shortly before 2:00 a.m., and I was able to guard him from any life-changing transgression. He maintained contact with me, mostly by phone, for guidance and direction, and that summer he decided to go to Eretz Yisrael to learn in yeshiva where he could solidify his commitment to Yiddishkeit.

I spoke to him before he left and called his attention to his miraculous transformation from almost sinking to the lowest depth of spirituality to aspiring for spiritual heights in Eretz Yisrael. According to the Avnei Nezer, one who withstands a nisayon and changes his nature, as this young man had, is worthy of miracles. 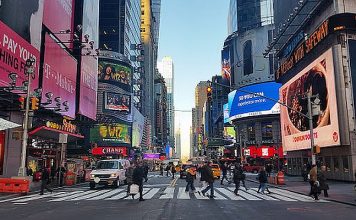 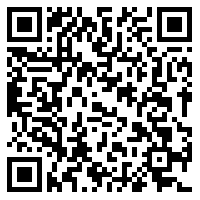