Rav Shimshon Pincus, zt”l, related that a granddaughter of the Chofetz Chaim was lured by secular influences. She eventually left the life of Torah and went to University.

During that time, she came to visit her saintly grandfather. She told him about the incredible innovations and how the world was progressing. She reasoned that it was time for him to leave the insular life of the shtetl and the antiquated life of Torah, so that he could be part of the progressive world.


The Chofetz Chaim replied, “Tochterel (my daughter), I want you to know that with all of their innovations and inventions, they will eventually be able to develop a bomb that will kill thousands of people in a moment. Ubber mir machen mentchen! But we are making people.”

The Torah relates that Balak hired Bilam to curse Klal Yisroel, but Hashem protected them and foiled his plans. Throughout the story Bilam presented himself as being a loyal servant of G-d. But Chazal relate that he was a lowly and despicably immoral person driven by lust and a desire for money and honor.

Rav Chaim Vital writes that developing good character traits is a necessary prerequisite for growth in Torah. The more one refines his character, the more the Torah he learns can penetrate and elevate him. The Noam Elimelech similarly writes that one descends into this world with a divine mission to challenge his nature, as well as his negative proclivities and desires.

The mishna stresses that students of Avrohom Avinu have three character traits, to emphasize that a complete Jew requires all three traits to achieve greatness.

Having a good eye means one is able to view others positively on an intellectual level. He trains himself to see the good in others, and to generally view life positively.

All negative character traits stem from arrogance which leads to a narcissistic outlook on life. The humble spirit is one who doesn’t always put himself first, but is able to prioritize the needs and wants of others.

Having a meek soul means he is not always seeking his own selfish gratification and fulfillment.

The disciples of Avrohom exert great energy to challenge and refine themselves. And, as a result, are able to appreciate and enjoy life. The disciples of the evil Bilam, however, can never enjoy the pleasures of this world because their insatiable desire for more as well as their jealousy and lust give them no peace or satisfaction.

The Navi (Shmuel II chapter 2) relates that Yoav and Avner were the two greatest generals in the time of Dovid HaMelech. Avner had been the loyal general of Shaul, but sometime after Shaul’s death he joined Dovid HaMelech. Yoav, Dovid’s original general, was not happy with the turn of events. Avner had killed Yoav’s brother Asa’el and Yoav wanted revenge. Yoav cunningly lured Avner into a trap and stabbed him through his fifth rib, straight into his heart.

The Medrash (Yalkut Shimoni, Yirmiayhu 285) states that Avner was so powerful that even as he lay dying he was able to seize Yoav in a death grip, threatening to kill him. At that moment Avner desperately wanted to kill Yoav. Klal Yisroel entreated Avner, “Master! If you kill Yoav we will be orphaned without a father and the Plishtim will plunder us and our wives.” Avner acquiesced and he released Yoav, allowing him to live.

Rav Yechiel Perr in his book, Mind Over Man, notes that the Medrash is a parable. Klal Yisroel did not speak with Avner at that moment, rather it was a feeling that rose in his consciousness in the waning moments of his life. He realized that only he and Yoav had the ability to successfully lead the Jewish army and protect the nation from the Plishtim. If he would kill Yoav the nation would be left defenseless, and so he released him.

In Rav Perr’s words: “I envision myself in Avner’s position, staring my assassin in the face as my heart pounds its last few beats. You murderer! You didn’t kill a person I happen to know. You didn’t even kill a close friend, or a relative. You killed me! You made an end to all my dreams! It was me that you killed!

“What does the entire world matter anymore? The world is dead to me! I am standing alone on the plain of swiftly gathering darkness. Already the edges of my sight are dimming, and I can feel my life ebbing away! I should let you go because you will be a good general? Ill be a corpse, decaying in the ground, surrounded by nothing but gravestones and worms, as you lead the Jewish army, surrounded by Klal Yisroel’s elite! You killed me, and I shouldn’t snap your neck like a toothpick?

“A self-immersed egotistical person could never hear the pleas of the Jewish nation spring unbidden into his mind. How could his thoughts have room to consider the future of the nation? Was he not overwhelmed by the tragedy of his own death?

“If a person is self-centered, he has no room for others in his mind. You think a person who has spent a lifetime thinking about himself will suddenly change at the moment of death? Nonsense… people can change over the course of their lifetimes, but not instantaneously.

“Avner was able to prioritize the Jewish nation at the moment of his death, because that was how he lived his whole life! A lifetime of slogging up the mountain of altruism brought Avner to this glorious, elevated peak as he let his enemy slip through his fingers.”

The disciples of Bilam may seem to live a more glamorous and idyllic life. But beneath the surface, only one who develops within himself the character traits of Avohom Avinu can achieve internal happiness and satisfaction in life.

To have the incredible grace of character that Aver possessed in his dying moments, one must live his life constantly seeking to refine his character. 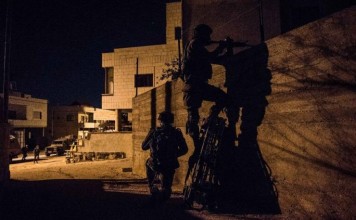 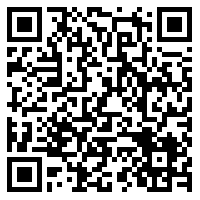