As we return to our homes after the days of Sukkos and prepare for the great celebrations of Shemini Atzeres and Simchas Torah, we can begin to reflect back at the long, hard period of Elul and the High Holy Days that led up to this wonderful yom tov. We put in a lot of effort and time in trying to improve our lives and in communicating with Hashem. As we got closer to Yom Kippur, we made commitments in a variety of areas. We pledged to find more time for Torah study; we promised to concentrate more on our prayers and be more serious about our brochos. We resolutely decided to devote more time to our marriages and our children. We were determined to be more careful with our speech and planned to be much more scrupulous with the giving of charity.

Now, as the fear of the Day of Judgment is behind us – and the reminders of the Shofar, HaMelech HaKodosh, and Avinu Malkeinu have passed – we need to gird ourselves to the real challenge of keeping to our commitments.


This is reminiscent of the situation facing one who mourns a close relative. During the days of shiva, he is flooded by a veritable barrage of friends and relatives coming to comfort him. The real challenge in coping with the loss is after the shiva period, when everyone leaves and he is alone to face the loss. In a similar vein, while everyone around us is clopping his chests, saying the vidui with contrition, it is easy to get caught up in the spirit of spiritual betterment. The true test, however, is when we go home and we face alone the everyday challenges of not losing our temper and not succumbing to all sorts of laziness. That is the acid test of determining how viable our commitments really were.

The Gemara in Masechtas Yoma [86b] teaches us that if one does teshuvah out of fear of retribution, he converts his willful sins into unwitting transgressions. This is a nifty bit of conversion. But, there is a better way – for the Gemara continues, if one does teshuvah b’ahavah, because of his love for Hashem, then “…z’donos na-asos lo ki-z’chuyos…,” willful sins are actually converted into meritorious deeds.

This is a remarkable boon from Hashem – that one’s misdeeds can actually change into a mitzvah. The Shaila HaTorah explains this unique phenomenon as follows. The mitzvah of teshuvah, which is one of the 613 rarified mitzvos, would not be possible without a sin. So, if a person does a wholesome teshuvah, it turns out that this sin is a hechshar mitzvah – an accessory of the fulfillment of the commandment of teshuvah, and there is a Talmudic adage that ‘hechshar mitzvah k’mitzvah – the accessory of a mitzvah is like the mitzvah itself.’ It is for this reason that eating on erev Yom Kippur is considered like fasting for, since the eating enables us to fast better, it is a hechshar mitzvah and thus is like the mitzvah itself. So we find the unique result that the eating is as if one is fasting! So too, when one does teshuvah out of love, his sin indeed becomes a component of the mitzvah itself.

The great Rav Boruch Ber, zt”l, zy”a, wonders why there is such a vast difference between one who does teshuvah out of fear and one who does teshuvah out of love. He explains beautifully that when one repents because of fear of Divine punishment, he does not necessarily regret his transgressions. He just exercises repentance out of fear of the sin’s repercussions. But, when one does teshuvah because of his love for Hashem, then he regrets the actual sin for he is full of remorse for going against the will of his beloved Creator. Thus, teshuvah mei’ahava is the pure teshuvah where one regrets the transgression itself. It is this type of teshuvah that amazingly can convert a sin into an actual mitzvah.

With this in mind, we have a more profound appreciation of the sin of lashon hora. Imagine if I were to tell you that Yankle was talking in shul last Shabbos. It happens to be true but, in the middle of the week, Yankle did a sincere teshuvah. So, his talking in shul was not merely erased, but it was converted into a real mitzvah. Look what a terrible thing I did. I accused him of perpetrating the grievous sin of talking in shul when actually it turns out he was doing a mitzvah.

Now that we understand that the loftiest teshuvah is one out of love, we can appreciate that it is after Yom Kippur when we really can first roll up our sleeves and get to work on teshuvah, for during the High Holy Days our motivation is primarily out of fear of the judgment and Hashem’s seal. But now, when the Judgment Day has passed, and we are sitting in our sukkahs, basking in the nostalgic memories of Hashem’s loving protection, we can now focus on the purest form of teshuvah, repenting out of our deep love for Hashem – Who has chosen us and given us so many things in this world and a glorious future in the Eternity.

And we have the very pleasant outcome to look forward to: that as we repent with love, we can convert our past mistakes and misdeeds into lofty mitzvos. So, instead of being burdened with guilt, let’s get cracking at this lofty mission and may it be the will of Hashem that we succeed with a teshuvah sheleima, a perfect repentance in all areas of life. 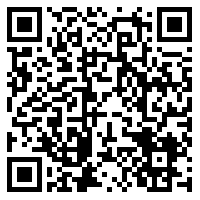