“Gaze down from Your holy abode…and bless Your nation” (Devarim 26:15).

Generally, “hashkifah – looking down” carries a negative connotation in the Torah. It appears in such verses as “And He gazed down upon Sedom and Amorah” (Bereishis 19:28), “Hashem looked down at the camp of Egypt” (Shemos 14:24), and “Through the window [Sisra’s mother] gazed” (Shoftim 5:28). All these verses foretell loss, catastrophe, and destruction. Only in Devarim 26:15 (“Gaze down from Your holy abode…”) does it carry a positive implication.

Shlomo HaMelech teaches us in Mishlei (11:4), “Wealth will not help in the day of wrath, but charity can even save a person from death.”

Meseches Kallah (1:21) states that R’ Tarfon was very wealthy but did not freely distribute gifts to the poor. One day, R’ Akiva offered to buy one or two cities for him, and R’ Tarfon readily agreed, giving him 4,000 golden coins. Some time later R’ Tarfon asked R’ Akiva, “Where are the cities you purchased?”

R’ Akiva took him by the hand and led him to the beis midrash, where he took out a Sefer Tehillim. They read from it until they reached Psalms 112:9: “He distributed widely to the poor; his righteousness endures forever.” R’ Tarfon then rose, kissed R’ Akiva’s head, and said, “My teacher and my guide.”

R’ Ovadiah Yosef asks: Why did R’ Akiva have to show R’ Tarfon this specific pasuk in Tehillim? Doesn’t the Torah already speak about all the blessings Hashem will bestow upon those who give charity?

R’ Yosef explains that R’ Akiva was teaching R’ Tarfon that the mitzvah of tzedakah is so powerful that even if one had no intention to give tzedakah or had the wrong intention when giving a second person money (R’ Tarfon had not known his money would be distributed to the poor), the act still retains its significance and has the ability to effect forgiveness and atonement.

Over the years, I have heard the most heart-wrenching stories of people struggling. There are homeless individuals in our community who seek the warmth and safety of a place to sleep. There are families who, despite their every effort, have no hatzlacha in life. They live in apartments that are better described as hovels; their children wear outgrown clothes and torn sneakers; and some nights there is barely any food on the table.

There are children who have difficulty getting into a yeshiva or Bais Yaakov because their parents cannot afford the tuition. Their poverty defies description; they completely lack the means to ensure that they have the daily basics of food, clothing, and shelter.

Some just need temporary assistance, and eventually regain a semblance of somewhat normal lives. Others are less fortunate and continually struggle. Certainly before the Yamim Tovim their predicament becomes more acute.

One family has been coming to me regularly for chizuk and support to cope with their difficult situation. I have known the basic parameters of their hardships for a while, but a recent poignant exchange with their young son revealed yet another tragic facet of it.

Apprised that they were coming one evening, I prepared a small toy for the little boy, who definitely had no such playthings at home. When I lovingly handed the toy to him, the little boy clutched it close to his heart and exclaimed, “I can give it to Mutty!” I was startled, then bewildered, as I wondered why he would want to give away a toy that he surely wanted for himself. When he repeated himself, I looked up at his parents dumbfounded.

Finally, in a choked voice, the father said, “Yanky has a brother, Mutty, who has been in the hospital with a debilitating illness for many months.”

Overwhelmed by emotion, I could barely contain my tears as I processed this piece of information. Here was a family, not only facing harsh poverty, but beset with emotional sorrow and woes. And yet, this innocent child thought only of his ill brother.

Every year, before Rosh Hashanah and Pesach, I turn to loyal readers of The Jewish Press and all other friends of Klal Yisrael to contribute to my special Yom Tov Fund, which I personally administer and whose monies I distribute directly into the hands of people desperately in need. I know my brethren are rachmanim and gomlei chassadim who genuinely feel the pain of others and would want to take part in this great mitzvah of tzedakah. Help me give chizuk to families, individuals, and children who need it.

In the zechus of your contribution, may you merit blessing and success, a year of good health, nachas, happiness, and prosperity.

Please send your contribution to Khal Bnei Yitzchok Yom Tov Fund, c/o Rabbi Dovid Goldwasser, 1336 E. 21 Street, Brooklyn, NY 11210. If you would like a special tefillah to be said on your behalf for a shidduch, shalom bayis, parnassah, or a refuah, please include the name and the mother’s name of the person you wish the tefillah to be said for. 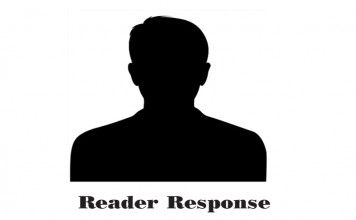 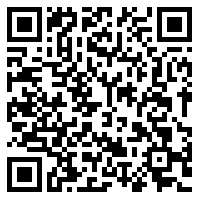