In Parshas Vayechi, Yaakov tells Yosef, “While I was coming from Padan, Rachel died on me…and I buried her there on the wayside” (Bereishis 48:7).

Rashi writes: “I buried her there by Divine command so that she would be of assistance to her children when Nevuzradan [of Babylonia] would lead them into exile and they passed that way. Rachel came out upon her grave and wept and pleaded for mercy upon them, as [Yirmiyahu 31:14] states, ‘A voice is heard on high… [Rachel is weeping for her children]…’ And G-d answered her, ‘There is reward for your deed…and the children shall return to their border.’”

In other words, Rachel wasn’t buried in Me’aras HaMachpeilah because a time would come, many centuries later, when her prayers would be needed to reduce the sufferings of her descendants, the Jewish exiles to Babylon. But if burying someone on the road was so necessary, why did it have to be Rachel? Why couldn’t it be Yaakov?

Of Yaakov’s four wives, Rachel alone was called “akeres habayis – the foundation of the home” (Rashi, Bereishis 31:4, based on the Midrash) for she was why Yaakov originally agreed to work for Lavan. He wished to marry her due to the special qualities and fine character he perceived in her.

Every conscientious Jewish wife and mother, too, is called an akeres habayis. And each possesses a special characteristic that exemplified Rachel.

All Jews were “created to serve [their] owner” (Talmud, end of Kiddushin). But men serve Him differently than women. Men are expected to serve G-d primarily by studying Torah, praying, observing the mitzvos and fulfilling all of life’s necessary tasks – such as earning a living to support their family – “for G-d’s sake” (Avos 2:12). They must “know Him in all [their] ways” (Mishlei 3:6).

Women, on the other hand, are exempt from studying Torah and doing most time-bound mitzvos since they normally take care of their families and homes, which limits the amount of time and energy they have. Being exempt from these mitzvos doesn’t reflect badly on them. To the contrary, it reflects a unique, exalted quality they possess: personal sacrifice. In a sense, they give up the opportunity to serve G-d in a manner of more revealed holiness in order to take care of their families.

(There’s also a drawback in serving G-d the way men do. Yes, they serve Him in a manner of more openly revealed holiness, but this service can easily lead to self-satisfaction with one’s spiritual accomplishments, which in turn can lead to a measure of negative pride.)

Yaakov’s service of G-d, at his high spiritual level, required him to be buried with his father Yitzchak and grandfather Avraham in Me’aras HaMachpeilah, a place of openly revealed holiness. Rachel, on the other hand, as an akeres habayis – the foundation of her home, her family, and the Jewish people – possessed the quality of personal sacrifice, and thus it was fitting for her not to be buried in Me’aras HaMachpeilah so that she could help her descendants a thousand years later, even though these descendants had sinned to the extent of incurring the extreme punishment of exile.

Rachel did not suffer by being buried on the side of the road. On the contrary, it gave her joy – the joy of a true Jewish mother who wishes to help her children. To be able to weep and beg for compassion on their behalf was an opportunity she would have surely agreed to and even demanded.

And G-d will repay Rachel measure for measure. Yes, her children sinned, which is why they were exiled, but they are G-d’s children, too. And very soon He will bring them Moshiach! 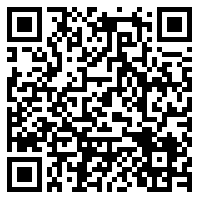