The fundamental rule of patriarchal society, as found in the Hebrew Scriptures, is that sons alone have the right to inheritance.

Yet five women- Mahlah, Noah, Hoglah, Milcah, and Tirzah- come forth to challenge the law that prevents them from inheriting land and preserving their father’s memory.

The daughters of Zelophehad… came forward.
They stood before Moses, Elazar the priest, the chieftains, and the whole assembly at the entrance to the Tent of Meeting, and they said,
“Our father died in the wilderness…. and he has left no sons.
Let not out father’s name be lost to his clan just because he had no son! Give us a holding among our father’s kinsmen!

The American playwright David Mamet wrote about this:

“Inherent in their plea is the understanding that codified law exists only as an attempt to provide justice and mercy; that, as a human construct, it must be imperfect. Moses realized that he was unable, in conscience, to perform as ordered and he brought his problem to God.”

And the Lord said to Moses,
“The plea of Zelophehahd’s daughters is just: you should give them a hereditary holding among their father’s kindmen; transfer their father’s share to them.”

“How to respond to the unprecedented? It’s so much easier to rely on the well-worn rules of the game, whatever they may be. It’s dangerous to open up the rulebook to revision. Where will it stop? The easiest thing for Moses to have done, the path of least resistance, would have been to rely on precedent: daughters don’t inherit. That’s the law.

But the law was created to promote justice and mercy, and, inevitably, there will arise situations in which the application of the law would result in a miscarriage of justice and a denial of mercy.

It takes a visionary to know when the existing laws are elastic enough to cover novel situations and when new legislation must be drafter to accommodate the spirit of the law.

Moses understood the injustice of the law as it pertained to the daughters of Zelophehad.”

“Women’s subordinate legal status is counterbalanced by a commitment to justice and equity. The story of the daughters of Zelophehad demonstrates the Torah’s flexibility concerning unprecedented cases that might result in an injustice were the law not amended.” 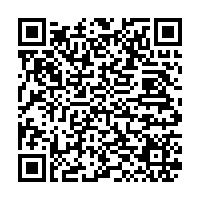