Generally it is the bechor, the firstborn son, who is given this responsibility.

There is an old saying in England: The salary of a judge should be sufficiently high that he would never be tempted to take a bribe.

Since it is generally the bechor who is appointed administrator over the estate, The Torah elevates him economically above his sibling heirs so that he should not be tempted to shortchange them in connection with the administration of the estate. To the contrary, the bechor should be incentivized to maximize the value of the estate for all the heirs and to deal fairly with them. The Torah achieves this by allocating the bechor a double portion in the estate compared to his brothers. This double portion is the bechor’s management fee.

In order to be entitled to a double portion, the bechor must have been born during his deceased father’s lifetime. A child born to his father posthumously is not a bechor for the purpose of a double portion. Neither is a child born by means of a caesarian procedure.

One answer, suggested by the Midrash, is that Jacob’s firstborn should, by rights, have issued from Rachel, not Leah. It was only due to Rachel’s altruism in allowing Leah to be married to Jacob first that Reuven, the firstborn of Leah was the firstborn of Jacob. It would not be fair to penalize Rachel for this act of generosity – motivated as it was by her desire to save Leah the embarrassment of rejection – by denying Joseph the right to a double portion. 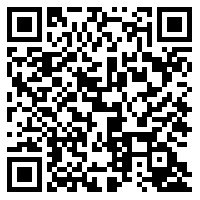