This week’s parsha describes the blessings and curses given on Har Grizim and Har Ivel. This topic is mentioned in the beginning of parshat Reeh as well.

Moshe tells Klal Yisrael that when Hashem brings them into Eretz Yisrael they should give the brachot on Har Grizim and the klalot on Har Ivel. Rashi describes exactly how this took place.


Half of the shvatim stood on Har Grizim and half stood on Har Ivel. In between the two mountains was shevet Levi and the Aron Hakodesh. The tribe of Levi turned towards Har Grizim and said, “Blessed is the one who doesn’t make any avodah zarah” and everyone answered “amen.” Then they turned towards Har Ivel and said, “Cursed is the one who makes avodah zarah,” and everyone answered “amen.” The brachot always preceded each klala, as the pasuk says Hashem gave bracha v’klala, first blessings and only then curses. This procedure was followed for all eleven blessings and curses, a bracha for doing the right thing and a klala for doing the opposite.

There is a simple question we can ask here. If you look at this week’s parsha only the eleven curses are written. The word arur is said many times but the word baruch isn’t said once. Why does the Torah seemingly neglect to list the brachot?

The Maharal explains that there was no need to write both brachot and klalot since they are just the opposite of each other. The fact that the Torah lists eleven curses allows us to infer that there are also eleven blessings. This concept is called Michlal Lo Shama Hein, from the negative we can hear the positive. If the Torah says you are cursed for doing this wrong thing, it is self-evident that you are blessed for doing the opposite. However, the reverse is not true. If the Torah had only listed the blessings, we could assume that Hashem only wanted to give us good.

This is a simple answer. The Maharal, however, gives an even deeper, but puzzling explanation.

The Maharal writes that the main mitzvah is the klalot and that is why the Torah lists only the arur. After listing the eleven curses the Torah says “Cursed is the one who will not uphold the words of this Torah, to perform them.” Rashi explains that Klal Yisrael had to accept the entire Torah on themselves b’eileh u’betshuva, with an oath and a curse. Since this is the main point of Har Grizim and Har Ivel the Torah only lists the arur. However, in order to give merit to Klal Yisrael, Hashem prefaced the klalot with brachot.

This answer requires understanding. Why is it so important for the Jewish nation to receive the Torah in such a way? We know that Hashem wants to give good to His people and the reward of Hashem is always greater than the punishment. Why, therefore, did the Torah have to be given b’eileh u’beshvuah?

We can also ask a second connected question on this week’s parsha. If Hashem only wants to give good why are there so many more klalot than brachot in this week’s parsha? If you look at the brachot mentioned in Ki Tavo, they are greatly outnumbered by the klalot. Why does the Torah spend so much more time describing the bad that will happen for not following the Torah as compared to the good that will happen for following the Torah?

The Pachad Yitzchak gives us a way to understand. Imagine a person who is always doing good. However, all his deeds are performed as voluntary gifts to Hashem. Such a person understands the sweetness and preciousness of doing mitzvot, but he lacks the responsibility and requirement to serve Hashem, the sheya’avod. In order to understand what he is missing let us give a mashal, a parable. A person owes a great deal of money and is careful to pay back his debt. However, he views his repayment as a gift; as if he is doing the lender a favor. Clearly this is the wrong viewpoint. He is paying back the loan because he owes the money, not because he is a nice guy. So too, we do mitzvot not as a favor to Hashem, but because we have a duty and obligation to fulfill. By focusing on the klalot, the Torah is reminding us of this important idea. While it’s true that we should serve Hashem out of love and joy, we must also not forget that it isn’t a choice. We have a debt to repay and if we neglect to fulfill the terms of the debt there is a consequence to pay.

The lesson for us is the koach of achrayut, the power of responsibility. The ohl mitzvah, yoke of mitzvot, isn’t just a theoretical concept. If a person finally pays off his mortgage he feels a great joy. He had a responsibility to pay back the bank for his house and he succeeded in removing that great debt. Each day we have our responsibilities to fulfill. We need to daven, learn, and do chesed. These aren’t optional activities, but required actions. For the hundreds of thousands of daf yomi participants this is an understandable concept. The daf creates a chiyuv, an obligation – it’s always on their mind. Whether at home or on vacation a person thinks, I have to do my quota. Someone once told me that he likes to daven Mincha as early as possible. If he delays, he feels a weight of responsibility on his shoulders. He needs to daven and he needs to fulfill his obligation. Just as a husband feels pressure to give his wife a nice anniversary gift or a parent to give his child a birthday present, we should feel the need to serve Hashem. The more we realize our obligation to Hashem, the greater the joy will be when we fulfill that obligation.

May we be zoche to always live up to our obligations and to seeing the day when Klal Yisrael’s debts are fully repaid with the coming of Mashiach Bimherah. 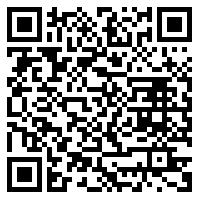