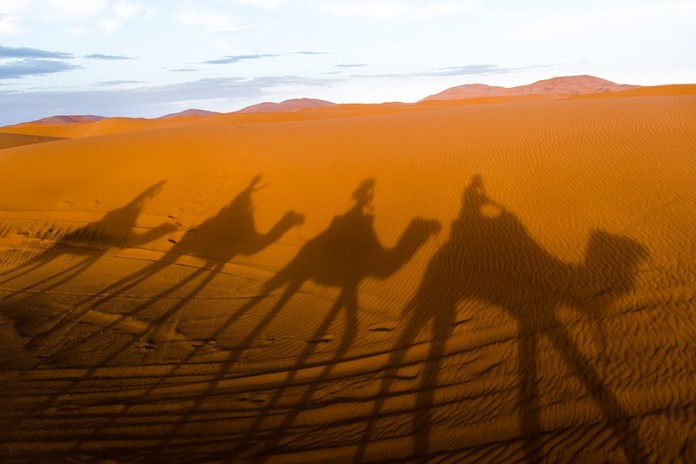 It’s time to start a new book. We just finished Vayikra, with its exhaustive treatment of laws of holiness pertaining to persons, places and times, and we’re moving on.

But, where are we going? And where are we now? The last couple of parashiyot of Vayikra reminded us that, despite all the emphasis on our travelling sanctuary, the Mishkan, we are still firmly planted at Mount Sinai. Marching instructions? None, yet. Ready to leave the mountain, with visions of a promised land receding after almost a year of no progress on the ground, we would seem to be stuck in the middle of nowhere.


Indeed, some commentators claim that that we are really still in Vayikra, still in a process that began toward the end of Sefer Shemot and won’t come to a conclusion until Hashem has us get moving in Parashat Beha’alotecha, where one of B’midbar’s three “books” (more on that in two weeks, G-d willing) comes to a close. Until then, we’re still really mid-stream.

While that may be true in a sense, nevertheless: we are beginning a new chumash, one which, with its interplay of narrative and halachic material, is very different from Vayikra from the beginning.

So, let’s start from that beginning. Here’s the first verse of B’midbar:

“And Hashem spoke to Moshe in the desert of Sinai on the first of the second month in the second year of their going out from the land of Egypt, saying…”

In last week’s parashah, Hashem spoke to Moshe at Mount Sinai. Now, it’s referred to as the Desert of Sinai. Is that the same place? Since the people haven’t departed the mountain yet, it must be. Yet if so, why change the reference from “mountain” to “desert”?

A key can be found in how we understand the word “spoke”. The place reference isn’t referring to where the people are, but to whence the Divine voice emanates. Until this point, Hashem has spoken to Moshe from the top of Mt. Sinai. Now, in Bamidbar, the Divine voice comes to Moshe from between the two almost-keruvim atop the aron, as promised by Hashem back in Parashat Terumah:

“I will meet with you, and I will speak to you—from above the cover, from between the two cherubim that are on top of the Ark of the Covenant—all that I will command you concerning the Israelite people.” (Shemot 25:22)

The date noted in our opening verse confirms this: the first (day) of the second month. Now, the Mishkan began to be operational on the first day of the first month of the second year – as is made clear further on in chapter 8. With the Mishkan up and running, Hashem speaks to us from that special point chosen as His dwelling place in our midst.

But why wait until the SECOND month? Why do we not hear Hashem’s guidance and instruction from that place right away upon the completion of the construction of the Mishkan (since that is the purpose of the Mishkah, as the Ramban explains)? The Kli Yakar has a beautiful insight. He says that Hashem was not to “take up residence” amongst us as a “temporary lodger” but as a “permanent resident”, Now permanent residence – dirat keva – is only established after a full month of residence. Only when one cycle of lunar waxing and waning, of hiding and reappearance, of tzimtzum and hitpashtut is complete can the relationship proceed on a basis of trust in process. Hashem wanted to reveal Himself to us from the perspective of Eternity – a perspective we didn’t merit even at Mt. Sinai.

When Hashem moves in to the Mishkan and, as it were, abandons the mountain top, Mt. Sinai, with all of its ephemeral florescence – the lights, the sights, the shakes and sounds and smells – reverts to desert. The nourishment, the richness, the sustenance – all comes through the channel He has established “b’toch” – in the midst – of individual, family, tribe, people…universe. That is why, explains the Or HaChaim, that midbar – desert – in our verse precedes ohel mo’ed ­– Tent of Meeting. Just as with the designation of time, where the particular precedes the encompassing – date precedes year – likewise, though counterintuitively, with place: The spiritual singularity of bein shnei hakeruvim – that forever-point bounded momentarily by non-touch of the beating wings of the celestial beings approaching embrace even as they are separately mired in the thick gold of the atonement cover – is expressive of an expansive, all-embracing meeting place within. And the desert, that endless, unmarked canvas upon which our people will paint its journey in colors of forty years, is but a particular, a circumstance, waiting to take its seat in the fullest of that inner rotunda.

As did our ancestors before us, we wander the deserts of our lives, causing them bloom with meaning by the dripping sweat of our grandest visions and apocalyptic fears. That expanse is as transversible, that bloom is as real as we allow the bein hakeruvim point to be in our lives. When we see and experience the Yes that Hashem says about us and is ever pouring into us, then even in the desert, we are right here, miles from nowhere! 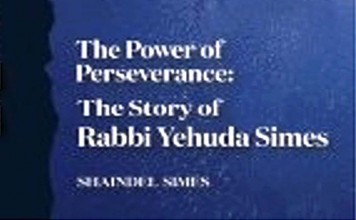 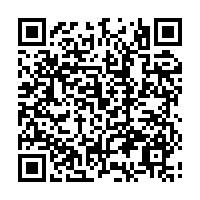