Based on a Naaleh.com shiur by Rebbetzin Shira Smiles

The first mitzva in the Torah given to the Jewish people as a nation was Kiddush Hachodesh.   Why this particular mitzva?  The Seforno explains that slaves have no clear concept of time because their time is not their own. In halacha, a slave is not obligated in time related mitzvot because he lacks time consciousness. Sanctification of time and freedom are bound together. Only free men, who can fill their time with spirituality, can understand its essence. Therefore, to mark the Jewish people’s emergence as a liberated nation, they were given the mitzva of Kiddush Hachodesh.


Creation exists in the dimension of time. It continually evolves and reshapes itself. However, only man can sense the passage of time and appreciate its beauty and significance. There are three dimensions of time: retrospection, anticipation, and appreciation. Retrospection is when the past becomes the present. One can relive and retell an experience long gone as if it is happening at the moment. Anticipation is man’s projection of visions and aspirations into the future. This takes us beyond the present and moves us forward into a future vision. Appreciation embraces the present as inherently worthy.

These three aspects come to the fore on the Seder night.  The first part of the Hagada focuses on retrospection.  We are commanded to see ourselves as if we are leaving Egypt. Hallel is a song of appreciation, in which we rejoice in the present moment. The Seder culminates with anticipation of the future redemption and the hope of returning to our land.

The second aspect of Kiddush Hachodesh is that we have the ability to rejuvenate and renew ourselves, like the moon.  Its waxing and waning reflects a dimension within us. Just as we sanctify the moon, we must sanctify ourselves. The Sefat Emet notes that the beauty of Judaism is that no thirty days can go by without rejuvenation.  Kiddush Hachodesh is our monthly reminder, prompting us to ask ourselves, “Where are we?   What have we done to transform our lives? How have we become different?” It is the power of change and reflection.  Rav Wolfson notes that every month is numbered in relation to Nisan, the first month, whose definition is chidush, renewal. Kiddush Hachodesh, as the first mitzva, teaches us that the foundation of all mitzvot is performing good deeds with hitchadshut. Our challenge is to take every mitzva and attach it to the first mitzva, which commands us to grow, change, and re-energize our lives.

Rav Tatz asks, Hashem took us out in haste because we were almost at the fiftieth level of impurity. However, we find that at the culmination of the exile, the Jews were busy with mitzvot such as brit milah and korban Pesach.  How can we say that they were at such a low level? The Maharal explains that spirituality is contradicted by unnecessary expansion of physical dimension in time and space. If one moves fast one can overcome its stifling affects.  Therefore, Chazal say, “Zrizim makdimim l’mitzvot.” One should perform mitzvot with alacrity. Otherwise, physical concerns will present themselves to prevent a person from fulfilling the good deed. The problem with more time in Egypt was not the effects of impurity. It was time itself.  At the moment of conception, the Jewish nation had to rise above nature. The redemption had to be in the blink of an eye so that no physical forces would overpower them.

The definition of a Jew is Kiddush Hachodesh. It is a mitzva that taps into the dimension of time and creates newness. The way to create vibrancy is not to get caught in the sluggishness of the moment but to grab the opportunity.   Similarly, the difference between chametz and matza is a difference of time. When chametz is left out for a long time, it will spoil or get moldy. Matza, in contrast, has staying power. When we allow the dimension of time to take effect, we invite the limited forces of nature into our lives. Judaism encourages us to use our time.  A difference of a few minutes can alter the status of the same action.  If one studies Jewish law, one becomes sensitive to a time-conscious relationship with Hashem. 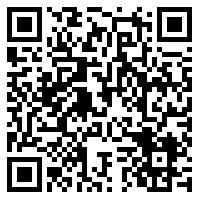