May 1940. The fate of the Western World hung in the balance. Winston Churchill, who had recently become prime minister of Great Britain, had to deal with a war in France that was going badly. It was only a matter of time until France capitulated. Everyone knew England was next on Hitler’s list of countries to invade. With the BEF (British Expeditionary Force) trapped in Dunkirk, Britain’s prospects did not look good. It was in this context that Churchill had to decide whether to fight on or to pursue a negotiated peace with Hitler that would leave England, at best, a puppet state subservient to the Nazi monster.

The received wisdom is that Churchill held firm, never really considered negotiating with Hitler and, at most, humored the foreign secretary, Lord Halifax, who argued strongly in favor of exploring a peace option. Many historians view Churchill in general as being inflexible and narrow-minded and his behavior during this critical time was but one more example of this inflexibility. The difference being that in this case his inflexibility saved England.

Anthony McCarten in his book Darkest Hour: How Churchill Brought England Back From the Brink presents a different perspective. Based on the minutes of the War Cabinet meetings, McCarten argues that during the trying days of May 1940 when all was going against England, Churchill at times actually considered negotiating with Germany. We must recall that at this point the British leadership believed that most of the BEF troops would be lost at Dunkirk. The home defense situation was inadequate and President Roosevelt was very clear: The United States had no intention of joining the war.

Under these circumstances it is understandable that Churchill might have been willing to hear what type of deal Hitler would give England. McCarten feels that this should not belittle Churchill in our eyes. In fact, he argues, it should raise our estimation of his leadership.

“For those who might find that any image of a Churchill willing to seriously consider such a deal belittles the man, doing injury to his reputation, I would argue the opposite: that the public image of a pugnacious battler who never doubted himself does not do him justice…. Rather than diminish him, his indecision, his ability to put on a strong face in order to keep morale up while thinking of different solutions, recommends him” (p. x).

Ultimately, Churchill realized there was no negotiating with Hitler. He decided to go full force in attempting to rescue the British troops in France, to isolate Halifax and his peace initiatives, and to rally the British people to fight on – to the death if necessary.

“Churchill, in late May, after a great deal of vacillating, of hemming and hawing, of all-night pacing, of mental disorderliness, saying one thing and then the other… was able to confront the nation and offer words toughened in the fires of intense doubt, and come down on the right side of history” (p. 265).

McCarten’s understanding of the events of May 1940 shed light on an insight of the Resiha Rav, Rav Aharon Levine, on a verse in this week’s parsha. The Torah (22:27) prohibits people from cursing a leader. Rav Levine argues that people don’t just point out the obvious and evident flaws of leaders; they tend to exaggerate them. While leaders who sin and abuse their positions should certainly be held accountable, we must nonetheless be careful that our criticism of them is proportional to their offenses and mistakes. Otherwise, we chance scaring away good people from leadership positions and demoralizing people who already serve the community faithfully.

However, Rav Levine argues that this is not the worst part. Were people to limit their comments to evident flaws it would be one thing; what happens, though, is that people tend to search out and dig deep to find other flaws. In homiletic fashion, Rav Levine quotes the Gemara regarding chametz on Pesach. In Pesachim 5b it states that one should not see his own chametz on Pesach, but may see the chametz belonging to other people and to Gavoa (belonging to G-d). While this Gemara literally refers to ownership of chametz, Rav Levine applies it to our verse. People are unable to see the chametz (the bad they commit) in their own lives, but are very capable of it in others, especially in the “high” people, i.e., the leaders. And like during the search before Pesach to eradicate all traces of chametz from our houses, these people search every nook and cranny in leaders to find their chametz.

It is quoted in the name of the Baal Shem Tov that when somebody searches and identifies a particular flaw in another person it indicates the existence of that very flaw in the person who doing the searching. Churchill’s contemporaries found many flaws in him – a good number of which he had. Churchill was indeed a very complicated person. Yet, in respect to the obstinacy he was accused of in May 1940, it may be more appropriate to criticize his opponents. Churchill, despite his exterior resolve, was very cognizant of the military reality. He understood full well that England was in a precarious position, at best. It is, therefore, not surprising to learn that for a short while he entertained the possibility of negotiating with Germany, so long as he believed that the terms might be reasonable. However, upon realizing that reasonable terms would not be forthcoming, and understanding what surrender would entail, Churchill made the decision to fight on and inspired a nation to follow him.

Halifax, on the other hand, threatened his resignation several times if Churchill would not consider negotiations. While his motivation was sincere and a function of what he felt best for England’s survival, he found it difficult to consider Churchill’s point of view. If anyone demonstrated stubbornness and myopic vision at that time, it was Halifax. Fortunately, Churchill outmaneuvered Halifax and held firm, ultimately leading England during “her finest hour.” 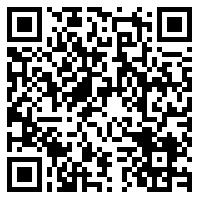