Rav Yaakov Hopfer tells the story of when the Satmar Rebbe, Rav Yoel Teitelbaum, met the Chazon Ish. In their conversation, Rav Yoel lamented how with all the immorality and evil throughout the world, it seemed impossible to fulfill the aforementioned Rambam. Are we left with no choice today but to run to the caves and live a primitive life?

The Chazon Ish answered that there is still one place to go in order to escape the negative and immoral sway of the world and fulfill the Rambam—we must run to the yeshivos and batei midrashim. The Chazon Ish said that despite the power of negative influence in the world, the holy power of Torah learning can ward off any of the damage.


Rav Hopfer used the Chazon Ish’s comment to explain why G-d had Noach build a teivah. Couldn’t Hashem have saved him in some other, less complex way? Why couldn’t Noach be told to run to the highest mountain top, settle there, and Hashem would prevent the water from coming? Rav Hopfer explained that in order for Noach to survive he had to escape to a place totally removed from the evil of the generation of the flood. It wasn’t enough to run to a mountain top. Noach had to be completely protected and insulated from any of the spiritual pollution through the sanctity of the teivah’s walls of protection.

In our lives, we must also remain protected from the immoral influences of the world and find our own teiva and sanctuary from the flood waters and negative influences of exile around us.

And these are some of the happenings in this week’s haftarah. 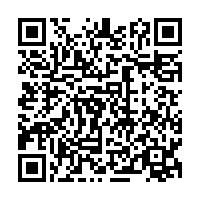