“And Moshe stretched out his hand over the sea, and Hashem moved the sea with a strong eastern wind all the night, and He turned the sea to damp land and the water split.” — Shemos 14:21


Egypt, the country that bragged that no slave had ever escaped its land, stood by helplessly as the Chosen Nation triumphantly left. Yet even at this moment, Pharaoh sent spies along to follow them. After three days, his agents reported back that the Jews had veered off course. Pharaoh called out to his people, “Let us reclaim that which is ours,” and he led them in pursuit.

When the Mitzrim arrived on the scene, the Jews were camped out against the Yam Suf. At that moment, the cloud of fire that led the Jews through the desert moved to the back of the camp and stopped the Egyptians from advancing. That entire night, both camps stood in their places, separated by the Clouds of Glory.

The Ramban explains that during the night an eastern wind began blowing. This was the wind that split the sea. At first it made small indentations in the sea, but as the night wore on the wind became stronger, and those small indentations grew in size and depth until the sea itself was split into twelve distinct pathways – ready for each tribe to cross in its own channel.

The Ramban explains that Hashem split the sea with the wind “so that it would appear as if the wind split the sea into partitions.” Even though the wind can’t possibly split the sea, much less split it into twelve separate partitions, nevertheless, because of their great desire to harm the Jews, the Mitzrim “pegged it on a natural cause.” It was just the wind, nothing more.

This Ramban is very difficult to understand. How could the Mitzrim possibly pin the splitting of the sea on the wind? They were intelligent, thinking people. They, as everyone else, clearly understood his couldn’t be a natural occurrence. How is it possible that they accepted this sham – that the wind split the sea?

The answer to this question is predicated upon understanding the concept of free will. Free will doesn’t mean the theoretical ability to do good or bad. It is the practical ability where either side is possible. When a person can just as easily turn to the bad as to the good, then it is his decision to choose.

Chazal tell us Hashem created man to give him the opportunity to shape himself into what he would be for eternity. That molding of the person is accomplished by choosing what is good and proper and avoiding that which is wrong and evil. By making these choices, man forms himself.

To create an even playing field, Hashem took the sechel – that pure, brilliant part of me – and inserted it into a body filled with drives, passions, and hungers. Now the two parts of me are integrated. I don’t want only what is good and proper and noble. I also desire and hunger for many other things. My choice of doing only good is no longer so simple.

However, if Hashem created man only out of these two parts – the sechel and the guf – the purpose of creation would never have been met. The wisdom of man is so great that it would be almost impossible for him to sin. Since every sin damages me and every mitzvah makes me into a bigger, better person, my natural intelligence wouldn’t allow me to sin, no matter how tempted I might be. I would clearly recognize it as damaging to me. Much like putting my hand into a fire, in theory I would have free will to do it, but on a practical level I wouldn’t.

Therefore, Hashem added one more component to the human: imagination. Imagination is the creative ability to form a mental picture and sense it so vividly, so graphically; it is as if it is real. Ask anyone who has ever cried while reading a novel whether imagination isn’t a powerful force.

Now armed with this force, man can create fanciful worlds at his will and actually believe them. If man wishes to turn to evil, he can create rationales to make these ways sound noble and proper – at least enough to fool himself. If he wishes, he can do what is right or, if he wishes, he can turn to wickedness and even his brilliant intellect won’t prevent him. With imagination, he is capable of creating entire philosophies to explain how the behavior he desires is righteous, correct, and appropriate.

The result is that people don’t believe that which is factual, proven, and true; they believe what they want to believe. And one of the greatest manifestations of this is the Egyptians following the Jews to their death. Despite living through the makkos, despite seeing the sea split into twelve sections, they didn’t believe it was a miracle. They attributed it to the wind because that is what they wanted to believe.

We see a parallel to this in our day, when educated people claim the world just evolved. No Creator. No Plan. No Purpose. All of the complexity of this vast world just happened. You might wonder how anyone could be so blind.

The answer is quite simple: I don’t want to accept a Creator. If a Creator exists, then someone is in charge. If He exists, then there are rules – things I have to do, things I can’t do. That makes me uncomfortable. I am much more at ease denying the whole thing.

For a person to see the truth, he must put away his bias and ask himself what he honestly thinks. Forget the consequences. Forget a personal agenda. What does logic dictate? In that framework, a person will see the Creator as clear as day. However, if he doesn’t want to see the truth, nothing in the world will convince him – not the greatest miracles, not even the splitting of the sea itself. He is capable of believing exactly what he wants to believe.

Liberman in Munich: Yes to Two-States, with Swapped Land, People 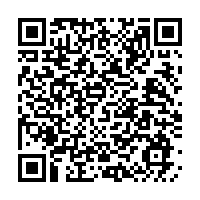