In this week’s parshah the Torah lays out the halachos of inheritance when a man has children with more than one wife. The Torah says that although he may love one wife more than the other, he may not give the loved one’s son the firstborn rights if the “hated” wife bore a child first.

Around the year 1000, Rabbenu Gershom issued a takanah prohibiting polygamy. Acharonim ask the following question: The Taz (Orach Chayim 588 and Yorah Deah 117) writes that the Rabbanan may not forbid something the Torah permits. This rule is also found in Tosafos (Baba Metzia 70b). Therefore, how can Rabbenu Gershom have forbidden marrying more than one wife when the Torah permits this practice in our parshah?


They ask the same question regarding another takanah of Rabbenu Gershom – not to divorce a woman against her will. The Torah explicitly says that a husband may divorce his wife if he so pleases. How can Rabbenu Gershom forbid this practice when the Torah seemingly permits it?

I believe the simplest answer to this question (mentioned in the Chasam Sofer, likutim, chelek 6, siman 56) is that Rabbenu Gershom did not truly enact a prohibition against marrying more than one wife or divorcing a woman against her will. Rather, he made a cherem against someone who does these things. Technically, though, the practice is still permitted. Tosafos and the Taz only wrote that the Rabbanan may not prohibit something the Torah explicitly permits. They never said the Rabbanan may not issue a cherem against it.

Indeed, based on this explanation – that Rabbenu Gershom never intended to create an issur – the Beis Shmuel (Even Ha’ezer 1:21) actually writes that if a doubt arises concerning the cherem of Rabbenu Gershom, one may be lenient.

Rav Shlomo Kluger (Teshuvos Tuv Tam Va’da’as, 1:22) offers another explanation. He writes that the Torah actually never explicitly permits one to marry more than one wife. The Torah only discusses the halacha if someone happened to have done so.

Rav Kluger points out that there is an opinion in the Gemara (Yevamos 23a) that explains that the “hated” second wife in our pershah refers to a woman whom the man was forbidden to marry. She is halachically “hated,” but the Torah teaches us that her son receives the firstborn rights nonetheless. According to this opinion, there is no statement in the Torah permitting one to marry more than one woman.

The Minchas Elazar (1:62) suggests another solution to our original question. He first asks why Rabbenu Gershom stipulated that this cherem only last until the end of the fifth millennium (see Shulchan Aruch Even Haezer siman 1:10). (The Rama says kehilos have accepted this cherem upon themselves even for the period afterward.) The Minchas Elazar explains that Rabbenu Gershom did so because enacting the cherem for all time would have violated the rule that Rabbanan can’t forbid what the Torah permits. However, this rule, he explains, only refers to a new prohibition that will be in affect forever. The Rabbanan are permitted to make a temporary prohibition. That explains why Rabbenu Gerhsom made his cherem only for a short period of time and why he was allowed to make it altogether.

Another answer is suggested in the name of R”M Elimelech. He explains that when the Torah explicitly permits something, the Rabbanan cannot prohibit it everywhere. They can, however, prohibit it for their community. He explains that Rabbenu Gershom only made the cherem for the community over which he presided. In fact the Shulchan Aruch (Even Haezer, 1:10) states that this takanah was not accepted in many communities in Spain.

In conclusion, Rabbenu Gershom was allowed to make his cherem because 1) the Torah does not explicitly permit marrying more than one woman, 2) he did not technically forbid the act, or 3) the issur was not intended to affect everyone universally. 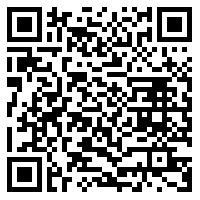