“Korach the son Yizhar, son of Kahas, son of Levi, separated himself with Dathan and Aviram, the sons of Eliav, and On of Peleth, the offspring of Reuven.” – Bamidbar 16:1


The parshah opens up with Korach gathering together 250 men of stature and mounting a rebellion against Moshe and Hashem.

Rashi explains that Korach’s motivation was jealousy; he felt he should have been appointed to the position of Nasi of his shevet, and was seeking revenge. Even though Moshe Rabbeinu was commanded by Hashem to appoint Elizaphan Ben Uziel to that position, Korach felt Moshe made a decision Hashem never told him to.

To prove his point, Korach gathered 250 leaders of the Jewish people and gave each one a tallis made completely out of techeiles. (A tallis requires only one strand of the tzitzis to be dyed the purple/blue color of techeiles.)

Korach brought this group in front of Moshe and asked, “If someone has a garment made completely of techeiles, is he obligated to put tzitzis on it?”

Moshe answered, “He is obligated.”

The entire group began laughing at Moshe, and with this Korach launched his revolt.

It seems clear from the Midrash that Korach’s strategy was to ask a question so powerful that Moshe wouldn’t be able to answer it. This would prove that what he said couldn’t be from Hashem. The difficulty with this Rashi is: what is so potent about the question Korach asked? It might well be that a garment made of plain wool requires tzitzis with one strand of techeiles, and that a garment made completely of techeiles still requires tzitzis with a strand of techeiles in it. The question doesn’t seem particularly plaguing.

Furthermore, if Korach wanted to ask questions, there are far more difficult questions he could have asked. The Midrash tells us Shlomo HaMelech couldn’t understand the system of the parah adumah. The purpose of the parah adumah is to purify the person sprinkled with its ashes. Why should the kohen who sprinkles the ashes become impure by doing it? If it is an act that purifies, how can it make the one doing the act impure? This is an enigma. Surely if Korach were looking to find an unanswerable question to disprove Moshe, he could have asked this or many other difficult questions. What was so unanswerable about the techeiles question that it caused Moshe’s answer to be derided?

The answer is based on understanding how bias blinds the mind of man.

Rav Chaim Volozhin was once approached by a student who had left the yeshiva. This was at a time when the Enlightenment was in full swing, and many young, impressionable yeshiva students were struck by the lure of modern studies’ promise to fulfill all of mankind’s needs. The Torah’s ways were seen as archaic and outdated; science alone could provide the answers to all that ailed the world.

This student, after having been outside the yeshiva for a while, wanted to return. “I want to come back,” he told Rav Chaim, “but I have many questions.”

Rav Chaim asked him, “Did these questions come to you when you were in yeshiva or after you left?”

The boy innocently asked, “What difference does it make? These are questions I have.”

Rav Chaim was explaining a basic principle in man: that bias greatly affects our ability to understand. If a person has a prejudice against a way of thinking, he isn’t open-minded and becomes incapable of hearing the truth no matter how clear or obvious. To allow for free will, Hashem gave man this uncanny ability to shut his mind down, to ignore all proofs and all logic and to blindly follow his desires. When a man has made up his mind and doesn’t want to hear the truth, there is nothing that can prove him wrong. His mind is shut.

This seems to be the answer to understanding Korach’s question. Korach wasn’t approaching Moshe to seek the truth; his sole intention was to mock and discredit Moshe. With that mindset, the strength of the question and whether there was an answer to it didn’t matter. There was no question, only scorn and derision in the guise of a question. It was a question that had no answer because it wasn’t a question – it was an answer.

This concept has great relevance in our lives. There will be times when we are perplexed by situations we don’t understand. We don’t know which way to turn, and the answers we seek aren’t forthcoming. It may well be we can’t find the answer, but sometimes when the answer eludes us, it’s not because the answer isn’t there but because we aren’t listening. Sometimes the answer may be right there but we aren’t open to it, and so we can’t hear it. It’s not that there aren’t answers; it is that we aren’t asking questions.

Hashem created man with a heart of truth, and if a person puts aside his bias and opens his mind, he is capable of hearing the answer. The key to the process is to ask himself one pointed question: What is the truth? Forget my self-interest; forget the consequences; what is the right path? What does Hashem want me to do? If a person follows this process, his inner sense will guide him past the darkness and he will be able to find the truth. 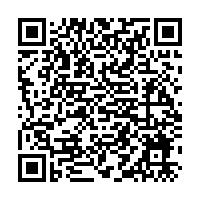