The priestly blessing in this week’s parsha begins with the famous request that God bless and keep/guard (shomer) the Jews. While the meaning of blessing is reasonably straightforward, the meaning of keeping or guarding is less clear.

Rashi explains that God needs to protect us from thieves and the like, so that the material blessings that He give us are not wasted. Accordingly, he notes that this is one advantage of a Divine gift over a human one: In general, once a human has given a gift to someone, he has no power to make sure that the gift will stay intact and not get broken, lost or stolen.

It is probably for this reason that Ohr HaChaim gives a different explanation. Working with the same assumption as Rashi that the blessing here is for physical bounty, he nevertheless explains the guarding as referring to the person. This is because the blessing need not have a positive impact on the person, even if he keeps it. He reminds us that the Torah itself warns us about the danger of forgetting God that can come from too much wealth and security (sort of the opposite of there is no such thing as an atheist in a foxhole). The Divine guarding desired here, then, is that God should guard the blessed individual from becoming religiously complacent as a result of his blessed wealth.

Netziv takes this idea even further. He disagrees with the assumption that the blessing here is only physical, but rather says it depends on who is being blessed. Some people are not that interested in money. So why should God give them a blessing they don’t want? Accordingly, the blessing a Torah scholar would be given, writes Netziv, is a blessing for plenitude of Torah insights. But if so, how would something spiritual like this require guarding? He answers that even Torah knowledge can turn into a stumbling block. For one, it can make the scholar arrogant.

This is actually an exact parallel of the problem Ohr HaChaim found with money. Their point is that having good things can lead us to think and behave in destructive ways. What Netziv does, however, is to point out that this can happen even when we are bestowed with the most sublime and spiritual gifts.

Though I prefer this approach, there is an important insight from Rashi that will help us better appreciate this approach as well. In his case, Rashi points out that without guarding, the gift granted becomes worthless. Plugging this point into Netziv’s understanding makes us realize that even Torah knowledge can be worthless if it is (in this case, really, we are) not guarded.

In fact. the implications of the idea are even more far-reaching: What began as a blessing ends up being a curse. For according to Rashi, a lack of guardianship just means going back to square one. One is no better than one started, but neither is one really any worse. Not so according to Ohr HaChaim and Netziv. According to them, the blessing that has the potential to better the recipient’s life can also end up making it worse.

The upshot is that blessing is (at most) only half the battle. What we think will make our lives better will only do so if we know what to do with it. And whereas the first part of the priestly blessing is primarily up to God, the second part – guarding it – is at least as equally up to us. 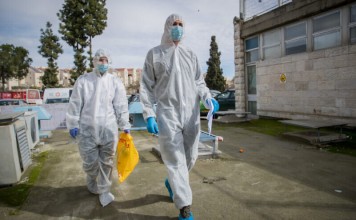 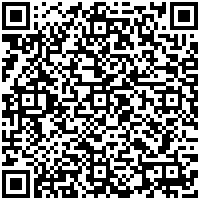