I heard of a company that loves to do business with Israelis. The reason given was that instead of praising a good product, Israelis immediately look for what’s wrong with it and how to improve it. That is the good side of our national propensity to always see what is wrong. But this week’s parsha shows that it is not always so positive.

In Chapter 11 of Bemidbar, we have an unusually insightful process of how a little complaint can undermine a gigantic and noble enterprise: As the Jews finally move on past Mount Sinai, a group described as the people (Rashi citing a Midrash says these were the evildoers among the Israelites) comes up with some unclear and perhaps even unarticulated problem that they have with the journey. In spite of God’s immediate and severe punishment, it unleashes further recriminations, starting with the mixed multitude and then extending to the crying of the whole camp – about the lack of meat.


Tangentially, Netziv answers a question I have heard many ask: Don’t we know from tradition that the manna could taste like anything they wanted? If so, why the complaint? His answer is that this was only the case for most of the people, but not for the mixed multitude who were on a lower level. Hence they had greater reason to complain. Though the question may be tangential, his answer is not. For according to Netziv, while the main group may have missed certain aspects of meat, they did not actually miss its main attraction – its taste. And yet whatever it was about meat that they did miss, it was enough to set them crying in nostalgia for the menu of the slaves’ cafeteria!

Though the Torah doesn’t tell us about the identity of the first complaint that came before the complaint of the meat, it is hard to imagine that they did not have some reason for it. No matter how much God made it easier, hiking with one’s (many) children – not to mention the rest of the nation – for days on end (it had now been three days) is bound to bring up challenges. In fact, there were probably at least a thousand reasons to complain. And yet, all in all, things were quite good – they had food to eat, clothes to wear, and an important mission to pursue. Moreover, they were moving quickly to a good land that would soon be their own.

Yet like in the example we gave at the beginning about Israeli product designers, complaints can be constructive even when things are good. If things can realistically be even better, there is nothing wrong with trying to accomplish that. While all of that is true, one must still be aware that even constructive complaints have side effects. And the power of these side effects is exactly what we see with the first complaint in the desert.

For whatever reason, negativity seems to be easier to engender than positivity. And once unleashed, it can very easily get out of control. We all have criticism that we do not immediately express. We often don’t express them because we realize they are not that important, and especially if their net result might to undermine a generally very good status quo. But once we hear others doing it, we are more likely to forget all of this and blurt out whatever is on our mind – a la my complaint is better than your complaint!

Have we learned this lesson millennia later? When I look at the popular response to the Israeli government’s handling of the coronavirus, it seems a good example of how we have not. There is no doubt that the government got a thousand things wrongs. And yet, all in all, its efforts were unusually successful. Unfortunately, rather than thanking those responsible for the overall management of the campaign for a job well done, most Israelis have gotten stuck on what was and is wrong – this was opened too fast and that was opened too slow, etc., etc.

Sometimes (though admittedly not always) when I have an issue with how something is being done, I make sure to dos so in private. That way, there is less risk of encouraging others to bring up whatever issues they have, whether there is merit to them or not.

There is a place for public expression of discontent and of protest – but only when it is done with foresight and care. When the general situation is good, complaints presented in such way as to undermine all of the good is just shooting ourselves in the foot. 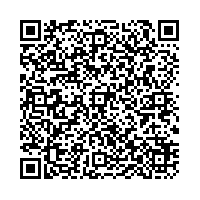