Starting with the Midrash (Vayikra Rabbah 25:5), many have noted the parallels between Parshat Kedoshim and the Ten Commandments. Whether one is sympathetic to the comparison or not, two things cannot be denied: 1)There is an unusually dense amount of overlap between the two sections; yet 2) the order and phrasing of the two sections are vastly different. Hence, even if we side with the commentaries that feel that all ten of the Decalogue’s commandments are to be found in Kedoshim, we are still left with the question about the vastly different presentations.

Before we go further, it is important to understand that both presentations consist of fundamental laws, somehow more crucial to the Jewish faith than laws presented in other sections. In the case of the Ten Commandments, this is quite obvious and needs no elaboration. In the case of Parshat Kedoshim, it is somewhat more subtle. Yet its location in the middle of the middle book and its public presentation clearly add to the sense that something of extra importance is happening.


The above observation strengthens our question – if both are lists of the fundamental laws, why – in spite of their similarities – are they so different? And while we are on it, note that it is not only the content that is different, but the way in which the two lists are presented as well: The Ten Commandments are given in a highly dramatic and even terrifying revelation by God, Himself; whereas the laws of Kedoshim are presented by Moshe in a comparatively routine address,

I believe that the answer to this question is alluded to by the key phrases that introduce God in each section. Whereas with the Ten Commandments, He is described as the One who took the Jews out of Egypt, here He is simply described as being holy. It would seem that both phrases set the tone for the list that comes afterwards. If we are to follow God because of His taking us out of Egypt, the basics come out one way; but if we are to follow Him because He is holy, these same basics (or ones similar to them) come out quite differently.

Let us give an example of this (the fuller presentation will have to wait for the eventual publication of my last book in the Redeeming Relevance series). In speaking about the Ten Commandments, the Talmud (Kiddushin 31a), imagines an initial critique by the nations of the world. According to that discussion, the critique is only assuaged when they get to the fifth commandment of honoring father and mother. What is important for our purposes is the assertion that the fifth commandment would be more impactful on the gentiles than the first four. To draw out its implications, had the Ten Commandments been given to the gentiles, it should have began with relating properly to parents. How interesting, then, that this is exactly the concept presented first on the list in Kedoshim!

While the section in Kedoshim is just as directed to the Jews as the Ten Commandments, it seems that the former is more attuned to the gentile critique. And if we understand the book of Vayikra as presenting a model of what it means to be a nation of priests, this makes perfect sense. As I have mentioned elsewhere, the nation of priests notion is essentially about being religious leaders and functionaries for the rest of the world. To do that, the same essentials that the Jews received on Mount Sinai had to be packaged differently and, in some cases, refined, redistributed or even replaced (as a fundamental, not as a commandment). This idea is particularly strengthened by the several commentators (for example, Rav Hirsch and Malbim) who understand the key commandment in this section about loving your neighbor as speaking about any neighbor, Jew as well as non-Jew. Remember that, surprisingly, this central doctrine does not appear in the Ten Commandments. According to our understanding, however, this concept only takes on its full significance when the Jew is outwardly directed, as he is in our context here. A further indication of this idea is the unique wording in the blessing recited by the Kohanim before blessing the people, wherein they are commanded to do so with love. Just as the priest must love his congregation when serving them, the Jew must love his.

The different contexts also explain the difference in presentation. In bringing the Jews to the new Divine order, that would be Kabbalat HaTorah, there was a need to stress God’s authority. With the Ten Commandments, this is achieved in context and in presentation. But in preparing the Jews to be a nation of priests, it was less the authority of God that needed to be stressed than His kedusha – which would be best translated here as inspiring elevation. For such purposes, a more thorough and less emotional presentation would be more to the point. The central laws that were to follow were laws that allowed the Jews to emulate the kedusha aspect of God. In other words, just like He is inspiringly elevated, so too were the Jews to be inspiringly elevated. And that is the mission of the nation of priests. 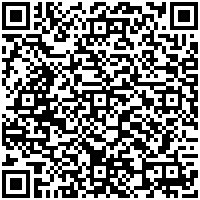