In this week’s parsha, Sarah shows her greatness as well as her limits. On the one hand, suggesting that her maidservant, Hagar, be given to Avraham to bear him a child is nothing less than monumental. On the other hand, Ramban would seem to be correct when he writes that her subsequent treatment of Hagar was nothing less than sinful.

First the positive. The relationship between Avraham and Sarah was an unusually strong and deep one. They shared a mission which they assumed would be forever bound by common progeny. The Midrash speaks about Avraham converting men alongside Sarah doing the same with the women. But these converts would need a leader once this heroic pair would die. In this regard, they clearly believed that God’s promise to Avraham indicated a son being born between them. Such an assumption is evident when Sarah says that God has intervened to prevent her from having children (16:2).


Sarah’s disappointment at not having a child from Avraham must have been enormous. But even greater is the sacrifice required to advise him to add a wife to bear that child – a child that would now make their shared destiny more than a bit less shared. Added to that, even in the best of circumstances, such a wife would be a serious intrusion to their extremely close marriage – a bond which the absence of any other members in their household likely made closer. With all of this, Sarah still decided to act. She would not prevent Avraham from his destiny, even if it would no longer be hers.

As opposed to Rachel who had Sarah’s example, we should remember that Sarah did not have a precedent to inspire and guide her. In this move, she was alone – having to weigh out what God wanted from her. She could not consult with Avraham before telling him her plan, since she knew that he would be against it for her sake. Hence, she took a deep breath and ostensibly did the correct thing: She stepped back, hoping that she could nonetheless be involved with the child of destiny that would be born from someone who might be more inclined to cooperate with her in this.

While we read of tests of Avraham, it is clear that Sarah endured tests of her own. And we can only surmise that this was one of her hardest. At first glance, it would seem that she nonetheless passed it with flying colors. In fact, she did not.

The rabbis (Avot 2;9) tell us that wisdom is seeing the future of that which is done today. Sarah certainly knew that it would be hard for her to be outdone by her maidservant and for her to become a competitor for her husband’s attention. She presumably thought this out when she decided to performed such a great sacrifice. But she did not realize that it was beyond her – that she would not be able to stand it, and that it would bring her to lose her composure. That she took out her frustration on Hagar is hardly a failing given the enormity of the task. Sarah’s true failing was overestimating herself.

Taking too large a step is almost as common a spiritual mistake as taking too small a step. Most of us – at least at one point in our lives – have had the desire to soar and excel in our religious lives. In such a mood, we are likely to take on projects that are simply beyond us. Sometimes, we are the only ones hurt by this. But yet sometimes – as in the case here – it effects others as well. In either event, it is showing a lack of wisdom.

The key in all of this is being self-aware. While one should not take on projects that are too big, neither should one take products that are too small. Knowing what is big and small for ourselves, however, is not that easy. The story of Sarah and Hagar reminds us of the importance of taking this to heart. 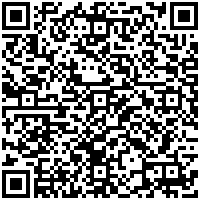