In the course of Moshe’s event-filled return to Egypt, we are not quite sure what happens to his family. We see them riding with him and stopping at an inn. And then we hear nothing until much later in Parshat Yitro (18:2). At that point, we are informed that Moshe sent them back to Midian, presumably before they ever got to Egypt.

Hence the obvious question is, why did Moshe send his family back? Rashi answers this question in Parshat Yitro by citing the midrash that Aharon essentially told him that you don’t want to bring any more Jews to Egypt. Perhaps the midrash comes to this conclusion because after the conversation with Aharon, we suddenly read that Moshe goes back with Aharon, whereas Moshe’s family is no longer to be seen. Yet while it may certainly be possible that Aharon would have said something like this, the Torah does not really hint to it.


Alongside the question of why Moshe sent back his family is an even bigger question. And that is why the Torah completely skips over Moshe’s sending away of Tzipporah and their sons altogether. Abarvanel weaves in an explanation based on the inn story that immediately preceded Moshe’s meeting with Aharon – that Tzipporah was still not clear whether the reason Moshe had been endangered there was because his family was demanding too much attention from him. But, says Abarbanel, because she was not sure, the Torah does not give her reasoning for initiating her departure. While this explanation for Tzipporah’s return is at least as plausible as Rashi’s, why should her lack of clarity about this incident prevent the Torah from mentioning her return at all? (Additionally, the verse in Yitro sounds more like it was Moshe who made the decision, not her.)

I have previously mentioned that the relationship between Moshe and Tzipporah was meant to be tenuous, due to the unique role that Moshe would need to play. For in order to give over God’s will without being accused of any undue prejudices, Moshe needed to come with as few attachments as possible. But that alone doesn’t fully answer the Torah’s gaping silence here.

In fact, the answer may come from a different direction. And that is that the Torah does not want to emphasize Moshe’s mistake. We know that the Torah doesn’t cover up the faults of our greats. However that is when these faults are ethical ones. In this case, however, Moshe seems to have made a mistake of common sense: God had just told him to redeem the people and nothing was said about his family. Presumably, Moshe felt the default was to bring his family. Or maybe – as per a different comment of Abarbanel – he did it deliberately to show confidence in his mission. But in either case, the two ensuing stories of the inn and the meeting with Aharon, show that he was mistaken. And given the nature of his mission, Moshe should have really known that to begin with.

Of course, Moshe was not chosen for his practical sense, any more than he was chosen for his gift of speech. But whereas few would fault him for the latter (though Ramban faults him for not praying about it), many might fault him for former. Some might question Moshe’s judgement more broadly, while others might lose respect for someone whose head may have been “stuck in the clouds.” Given that God chose Moshe, it is clear that these doubts would be out of place. But this notwithstanding, the Torah decided to avoid the topic completely.

In our day of media over-reporting, we often think that we should know everything about our leaders. Perhaps it is better to know too little than too much. For when it comes to ethics, the Torah spares no one in reporting what falls short of the mark. From the Torah’s perspective, this does not mean that someone who makes a mistake is automatically to be removed from a position of leadership. But it does mean that it is often more productive for people to know about it than not. Yet that is only regarding ethics. It is not necessary – and usually counterproductive – for everyone to know if their leader put their shoes on backwards or made a stupid mistake playing chess.

While we may only have limited impact on the unhelpful pervasiveness of today’s media, we can control those things that we report. Rather than forwarding everything that sounds interesting or funny, we should ask ourselves whether this is something the Torah would have reported or not. There is obviously a third category of things that the Torah was simply not interested in; and with those things, we have to use our best judgement. But regarding the other two categories, the Torah teaches that there are some mistakes of others that we are actually obligated to share and some that we are obligated not to share.

And you may actually be obligated to share this. 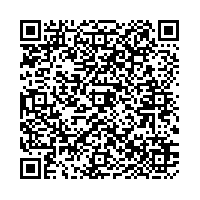