The greatest leaders are often created by circumstances. What I mean is that while they did not intend on becoming leaders, events around them made them realize that things would simply fall apart if they did not do something. This is exactly what happens with Yehudah this week.

No one expected Yehudah to become the leader of his family, perhaps least of all himself. Though he showed some potential when he prevented his brothers from leaving Yosef to die in the pit, that was an isolated incident – especially in the context of deserting his family right after that (according to the straightforward chronology accepted by most commentators). When the story continues and Yehudah returns, he is clearly only a member of the group: In the brothers’ first interview with Yosef the Egyptian viceroy, as well as when they came back to give Ya’akov a report of what happened, the Torah presents them speaking as one. There are two short exceptions when instead of Yehudah, it is the presumed leader, Reuven, who interjects with weak attempts to take charge.


Hence when Yehudah made his first speech to ask that Binaymin be sent down with them to Egypt, he surely surprised everyone. But if his very assumption of leadership was surprising, his tone and content was nothing less than revolutionary.

Foremost among the many impressive facets of Yehudah’s speech is its refreshingly straightforward core, “The viceroy said we have to bring Binyamin, therefore we will not go without him.” Lest this seem the only obvious way out, let me illustrate a different scenario more in keeping with the stories surrounding it.

Yehudah says to his father, “I have a plan. The viceroy has no idea what our brother looks like. Let’s find someone about the same age that looks vaguely like our family. (Don’t forget that coming from four different mothers, there was already a great variety in the brothers’ looks; and that Binyamin was supposed to be the only living child from his mother, such that he was not expected to look too much like any of the others.) That way you will be happy and the viceroy will never know the difference!”

After all, Yosef’s supposed death was built upon this type of trick, as was the charade that Yosef was now perpetrating upon the brothers. In both cases, identities were hidden in order to negotiate complex situations. This was, in fact, a legacy that stretched all the way to Avraham. When seeing no other way out, he pretended Sarah was his sister. Twice! He even passed this strategy on to Yitzchak. And though Ya’akov may only have learned about deception from his mother, he seems to have adopted it as his own in the house of Lavan.

It is true that Ya’akov had a watershed vision before he reunited with Esav. That event was likely meant to change things, and to bring him to the straight (yashar) path represented by his new name, Yisrael: Deceit may well have been the only option when he and his ancestors were in a position of overwhelming vulnerability. However with the growth of his family and fortunes, God was sending him a signal that it was time to stake out a new and clearer ethical path.

Yet this signal seems to have come too late to change the way his sons had become accustomed to doing things. The first time they take center stage is to use deceit as a way to extract their sister from the hands of her abusive suitor. Granted, it is only Shimon and Levi that decide upon massacring the men of Shechem. The others seem to have only intended to extract her when Shechem’s men would be too weak to prevent it. But their gentler ends do not prevent it from being a deceptive plot nonetheless.

Let’s get back to Yehudah. When he temporarily left his family, he had his own galvanizing experience. After his daughter-in-law fooled him into thinking she was someone else, she gives him an opportunity to pretend that he too is someone else. At this point, however, he realizes that there must be a better way. Whether because he himself was the victim of Tamar’s deceit compounded with seeing his father’s victimhood in the ruse about Yosef’s death, or as a result of his own internal struggles or a combination of both, Yehudah decides enough is enough! There will be no more deception. He will admit his affair with Tamar. And from then on, he would no longer go along with his family’s approach.

Yet Yehudah’s decision had been personal. It is only in Parshat Miketz that he takes this new approach and brings it to the rest of his family. Seeing things as they further unravel – and both his brothers’ and father’s inability to do things differently – Yehudah understands that the only one able to take the Jewish people where they need to go and implement the Yisrael model is he, himself!

(When there is a regression after Ya’akov’s death and there seems to be a new ruse of telling Yosef that Ya’akov said something he never said, we again hear about the brothers speaking as a group; whereas since Yehudah became the brothers’ leader, he was almost always the one speaking. This is a strong indication that this was done without him, or at least to his displeasure. And while there would be instances in the future when the Jews’ difficult conditions would require that they use deceit, it would never again be the dominant paradigm.)

Our look at how Yehudah emerges as the leader over his brothers presents a dramatic shift in the ethos as well as the modus operandi of our early ancestors. Without great fanfare, Yehudah dramatically changed the way his family operated when confronted by adversity. By doing so, he took the Yisrael ideal which was only latent in his father and turned it into the dominant paradigm for his descendants.

And don’t forget to listen to the related podcast, “Was Kant More Ethical than the Avot?” 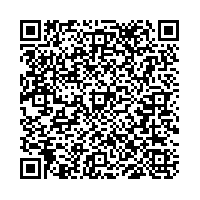