Chapter five of Bereshit closes the parsha with a list of the ten generations from Adam to Noah, where chapter eleven similarly closes Noah with a list of ten generations from Shem (Noah’s son) to Avraham. Avot 5;2 casts the two lists as explicit examples of Hashem’s arikhut apayim, length to anger. In the first case, the wait ended with the Flood, in the second, with Avraham saving the day, and receiving all the reward those generations should have received.

Aside from being one of many sources favoring Avraham over Noah, the Mishnah guides us towards some questions about arikhut apayim. First, is it good or bad for human beings that Hashem waits so long to punish? I think our instinct is to say it is good, in that it leaves room for repentance, whether of the masses or an individual such as Avraham. Hashem gave the generations many chances, only brought the Flood when “forced,” and relied on Avraham’s goodness to save the world from similar destruction.


All true, except I recently came across a comment of Tzelah (a Talmud commentary by R. Yehezkel Landau, known more as the author of Noda Bi-Yehuda) to Berakhot 10a. R. Landau noted Hashem always rewards evildoers, usually in this world. Sometimes, Hashem’s leaving them alive longer than they deserve (tradition thinks many more evildoers deserve instant death than we today discuss) is a favor to them, because they take advantage of the opportunity, repent, and restore themselves to a good relationship with Hashem.

If they do not, however, it would have been better for them to pass away earlier, with their reward for their good deeds owed to them. By living out good lives, they receive all their reward, enter the next world with only liabilities. For them, arikhut apayim worked out poorly.

I think it can be dangerous in another way as well. One way people drift from tradition (I think in many generations, although definitely in ours) is by convincing themselves there’s no reason to believe either in Hashem, Gd forbid, or perhaps in Hashem’s justice. The twenty generations at the beginning of human history show us how.

Suppose I lived in the fifth generation, and was wondering whether it was imperative to serve Hashem. Three generations before me, people were already acting poorly, and it would be five more generations before a Flood came. Although people did longer lives then, whole generations could be born and die without ever seeing adverse effects of living in ways Hashem rejects or abhors.

Arikhut apayim, in other words, forces us to interpret history without the benefit of any immediate or obvious intercession by Hashem to punish evildoers. (Even when it comes, it might be hidden, but that’s a different issue). Arikhut apayim means evildoers might be ascendant my entire lifetime, without it changing anything about Hashem and Hashem’s rule, other than that people will find it logical to deny it exists.

Arikhut apayim also affects us because we are supposed to cultivate it, as part of the obligation le-hiddamot bi-drakhav, to imitate Hashem’s ways. There is much debate about the scope of the obligation and how to define it, but I think seeing it as including all the Thirteen Attributes of Mercy is fairly mainstream.

Just as Hashem is erekh apayim, we should be erekh apayim. But that cannot mean—I think, anyway—we allow evil to continue for generations, in the hope the people will change, or to avoid taking away their freewill by interfering.

I cannot say with confidence what it does mean, but I suspect it minimally means we should be long to anger within our human time frames. In our own reactions to evil, we should strive to respond only when forced, remembering that “forced” means something different for humans than Hashem.

Stepping back from what we should do, the ten generations remind us our narrow experience of history cannot tell us anything definitive about Hashem—the fact that x or y power is successful, for centuries, despite it seeming to us to promote ideas counter to those of Hashem (or any lesser version) says nothing about the truth of Judaism’s claims about Hashem and history, because Hashem is an erekh apayim.

In our personal lives, as well, the fact that life is going well might mean we are acting as Hashem wants, but it might mean we are the beneficiaries of Hashem’s arikhut apayim, well advised to use the gift of time well, for repentance and good deeds.

The kindness of length to anger has many upsides, while it also forces us to be careful about how we look at history, at our lives, and how we choose to emulate Hashem’s Merciful Ways. 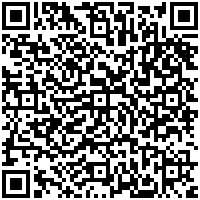