The interrogations of the four Jews arrested in Chernigov, Ukraine, on March 8, 1939 continued until the end of August. Reb Gavriel Kagan was interrogated 26 times (including 13 times between March 10 and April 26); Reb Levik Schneerson 14 times; Reb Shmuel Shulman 9 times; and Rabbi Mendel Schneerson (my grandfather) 8 times.

On March 14, Kagan was asked, “How long have you known Schneerson, Mendel, son of Levik?” Kagan replied, “I know M.L. Schneerson from as soon as I arrived in Chernigov, where he was the rav at the shul… On March 5 this year…I told him a young woman had come to me for a mezuzah. She came three times and I sold her a couple of mezuzos for six rubles. He was very surprised that a young woman was buying mezuzos.”


To the question, “How many young men are presently studying in the yeshivos?” Kagan replied, “There are no yeshivos in Chernigov now. Three years ago there was such a religious school, with five young men studying. Rabbi [Yehuda Leib] Don-Yechiya [who left for Palestine in 1936] taught them Talmud and the Bible. The yeshiva was at his apartment. I often went there with my students to study.”

“What are the students’ names? Who helped Don-Yechiya to select the students? Wasn’t it you?”

Kagan replied, “Don-Yechiya was a well-known rabbi among Jewish clerics in Ukraine and Belarus, and corresponded with rabbis of other cities, who helped him select young men to study with him. He didn’t need my help.”

On March 17, NKVD investigator Truber records: “The investigating authorities have established that Kogan, Gavriel, is a member of an anti-Soviet clerical organization and of an illegal charitable society.”

During Shmuel Shulman’s interrogation on March 20, he too was asked how long he had known Mendel Schneerson and what he knew about him. He replied, “I have known him since 1921. He is an exceptional fanatic [i.e., a chassid], a rabbi by his religious rank… He enjoys authority among the Jewish religious population.”

On April 6, Shulman was asked whether he knew “Tzaddik Schneersohn” (the sixth Lubavitcher Rebbe, Rabbi Yosef Yitzchak Schneersohn). He replied, “No, I don’t know him. I belong to the category of Jews who do not revere tzaddikim [chassidic Rebbes]. I have heard about Tzaddik Schneersohn for a long time.”

At Kagan’s July 25 interrogation, his investigator pressed him about the content of his correspondence with Rabbi Don-Yechiya. Kagan replied that three months after the rabbi’s departure for Palestine, he had received a letter from him asking him to send his written interpretations of the Talmud from his desk at his apartment at the Chernigov shul. “As shammes at the shul, I had taken care of these writings. In response to his request, I sent them to him. Otherwise I conducted no correspondence with him,” Kagan said.

The next night he was asked, “The investigation has established that you took part in a religious ritual – circumcision. Do you confirm?” Kagan’s reply: “I confirm. As shammes, I was invited several times by the newborn’s parents to serve during the circumcision.”

The next question: “The investigation has information that you organized the circumcisions, maintaining contacts with the mohelim living outside Chernigov. Do you confirm?” Kagan replied, “I confirm only contact with mohelim who performed circumcision of the newborns. Sometimes parents came to my shul and asked me to write down their address for a message to the mohel. When the mohel came to Chernigov to the shul, I gave him those addresses.”

The investigator demanded the names of all parents who had asked to give the mohel their address. Kagan replied with very vague information, naming only one family name whose exact address he said he didn’t remember. He said he forgot all the other names. 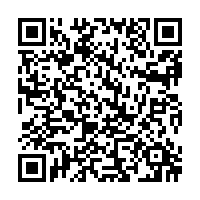