We have just concluded a particularly dramatic Torah reading featuring the giving of the Torah on Har Sinai and the laws governing the construction of the mizbeach, the altar on which we serve Hashem.

In our haftara, the navi Yeshayahu begins his message by announcing very matter-of-factly that he beheld “Adonai sitting on a majestic and elevated throne.” Yet the emphasis in Yeshayahu’s account of his vision of the Divine Throne of Glory is on concealment and imperfection. Yeshayahu stands before the Divine presence dumbstruck as the chamber fills with smoke and the seraphim cover their faces and their feet. The world is filled with the glory of the One who sits on the throne, but who in the world can recognize this glory or find the words to praise it?


Alas, says Yeshayahu, woe is me to be seeing what I see. “I am a man of corrupt lips who dwells among a nation of corrupt lips,” he confesses. Our mouths lead us astray. Even when we seek to praise Hashem we condemn ourselves.

The voice that addresses the navi acknowledges this paradox as Yeshayahu is given an exceedingly bizarre message to deliver: “Listen carefully but do not understand. See and behold but do not know it.” The message to the navi goes on to tell him that none of this will change until the land is laid waste and left barren and only the holy seeds remain (like during the month of Shevat).

We in our time have received the Torah at Har Sinai and have beheld in our minds – even if we can’t recall – the golden calf and the Ba’alim worshiped again and again. We have heard and not understood. We have seen and not known. Now we are those holy seeds lying in the ground waiting to sprout so that the decrees of Hashem might at last be heeded and carried out. We have received His message.

In anticipating a future destruction which for us is already past, Yeshayahu is speaking of a distant future which for us is here and now. He is saying to us: Your ancestors couldn’t understand what Hashem was trying to accomplish in giving the Torah to an impure nation in a corrupt world. These lessons had to be learned the hard way. Now that we know, we can be like the malachim and celebrate His presence in our midst. Holy! Holy! Holy!

As a postscript, I want to provide a public service announcement for the Ashkenazim among us, whose haftara includes a passage often mistranslated to be used as a proof text for a certain form of idolatry. This passage in the original Hebrew does not refer to anyone born after the first exile. The child who is born, who sadly does not usher in the final redemption, was named “Might of G-d” or Chizkiyahu. 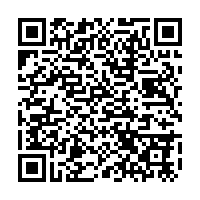