On Shabbos Parshas Pinchas, the 24th of Tammuz, we bentch Rosh Chodesh Menachem Av. Rosh Chodesh is observed on Yom Shishi (Friday, July 17). And thus begin the nine mournful days that culminate in Tisha b’Av – the day that witnessed the destruction of both the first and second Batei Mikdash, striking at the heart of Klal Yisrael.

Torah giants through the millennia have kept us going – their values and ethics serving as a paradigm for the rest of us, their teachings and guidance ensuring the perpetual vibrancy of Yiddishkeit. One tzaddik amongst them, whose yahrzeit falls on the 14th of Av, was the eminent Rebbe Zvi Hirsh ben Aharon, known as Reb Hershel Lisker. (Lisker is a derivative of Olaszliszka, the village in Hungary where Reb Hershel presided over the Jewish community.)

Reb Hershel Lisker lost his father when he was a mere eight years old. His mother was left to raise him by herself, and the righteous woman did so magnificently, at great sacrifice. For instance, she would traverse by foot no matter the distance, carrying her son on her shoulders, to enable him to learn Torah from the best and the brightest. By the age of fifteen, he had already distinguished himself as an outstanding scholar.

Reb Hershel Lisker was privileged to bask in the company of luminaries such as the Ropshitzer Rav, Reb Meir Premishlaner, Reb Issac’l Kamarner, the Sanzer Rebbe, the Yismach Moshe, Reb Hersh of Rimanov, Reb Sholom Belzer and the Ruzhiner. The venerated Reb Shaya’la Kerestirer was one of Reb Hershel’s many chassidim.

The fierce devotion of Reb Hershel’s mother did not end with her passing. As a young married man, he and his wife suffered dire poverty. Once when three days had gone by with hardly a morsel of food in their home to allay the couple’s hunger, Reb Hershel’s mother appeared in a dream to another mother whose daughter had taken ill. She advised that mother to visit her son and ask him to intercede for heavenly mercy on her daughter’s behalf, and to present him a modest fee. The woman promptly set out to heed the advice of Reb Hershel’s departed mother, and her daughter’s health improved instantaneously.

Reb Hershel Lisker, a beloved and much-admired figure whom countless of Yidden from all over turned to for counsel, took upon himself to strengthen and raise the level of Yiddishkeit of the people of Lisker. He would discreetly gauge whether non-Jews were hired to inappropriately work Jewish businesses on Shabbos; he would make certain that young children were appropriately tutored by melamdim and ascertain whether newborns were given suitable names. He would gently admonish, astutely advise and magnanimously bless all who sought his assistance.

A man from a distant city once came to Reb Hershel to bemoan the sorry state of his business affairs. To the tzaddik’s inquiry about the extent of his knowledge of religious practice, the man readily admitted his ignorance. The rebbe then asked if he was ready to commit to keeping the Shabbos holy and to consuming only kosher edibles. When the man replied that he was not at all prepared to assume such a burden upon himself, Reb Hershel narrated the following:

A merchant had previously traveled to a distant locale to purchase all his seasonal wares. After having loaded his wagon to the hilt, the wagon driver noted with chagrin that the wheels were in desperate need of a greasing. Yet the hour was late and the store that sold the needed lubricant had already closed shop for the day.

The seller of their merchandise empathized with the merchant’s dilemma and offered to sell him the grease. Pretty soon the merchant and his driver were on their way home.

Along their route they encountered a fellow traveler whose own wagon had come to a standstill, due to its wheels’ crucial need of lubrication. The merchant suggested that he approach the owner of the warehouse just a short distance away to acquire the much-needed grease.

The Yid did just that but was down on his luck when the warehouse proprietor advised him that his was a distribution center for dry goods, not a specialty shop for lubricants.

As to why he had just sold some grease to another merchant, the seller was quick to point out that the merchant had purchased a wagonful of goods from him and so he had added the grease as a courtesy. But grease alone he was not in business to provide.

Reb Hershel ended the story by saying that the Ribbono Shel Olam desires that his children guard the Shabbos and keep kosher. When one acquires these valuable goods, Hashem adds His blessing for success to “oil the wheels” – for proper sustenance bolsters the befitting service of Hashem, Who does not dispense blessings by themselves without the merit of mitzvos.

By what measure is man’s character evaluated? The Gemara gauges a person’s integrity bekoso, bekiso, bekaso – via his cup (drinking habits), his pocket (financial interactions), and his rage (temperament in trying circumstances).

As a Kohen Gadol, Aharon was prohibited from drinking wine. For that matter, his exalted position precluded any financial dealings. Aharon’s temperament, on the other hand, was tested on more than one occasion, and he performed spectacularly. He, moreover, went out of his way to promote peace among men.

Aharon HaKohen, whose yahrzeit falls on Rosh Chodesh Av, was regarded as an ohev shalom and rodef shalom – a lover of peace and pursuer of peace. It was in his merit that the Annanei Hakavod accompanied Bnei Yisrael in the wilderness and protected them on all sides, for the existence of peace acts as a barrier, shielding us from harm; our enemies are rendered powerless against us when peace reigns within our camps.

The first Bais HaMikdash was destroyed due to the people’s sins of idol-worship, immorality and bloodshed. The second Temple was brought down by sinas chinam, causeless hatred of one another. The timing of the yahrzeit of Aharon HaKohen Gadol comes as a reminder to follow his lead and to clean up our act – by according respect to every Jew and healing all rifts, thereby facilitating the rebuilding of our treasured Bais HaMikdash and the return of the Holy Shechinah in our midst. May the ninth of Av revert again to a day of euphoric bliss, as it was once upon a golden time. 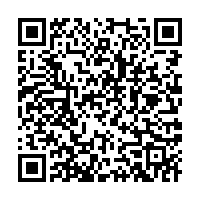