The Yismach Moshe poses an intriguing query: Tzaddikim of yore had the ability to discern the character of the shochet who had rendered their meat edible. In fact, the Baal Shem Tov is said to have known what the shochet had been thinking during shechita. Could Yitzchak Avinu conceivably have trusted the kashrus of the meat brought to him by Eisav the apostate?

Eisav was no fool and understood that his father, Yitzchak, would detect the unclean source of the meat his less-than-observant son would serve him. Hence he would ask his brother Yaakov to slaughter the animal. Yaakov agreed to his brother’s request out of respect for their father and applied himself to the task with devotion and diligence.


Thus, when Eisav would present the meat to his father, Yitzchak Avinu promptly perceived the shochet to be a tzaddik, a holy man. Consequently, Yitzchak retained a high opinion of Eisav. (Despite being aware of Eisav’s ways, Yitzchak believed his son was merely using them as cover for his higher middos.)

It was only after Yaakov had received his father’s blessings that Eisav’s lies were divinely revealed to Yitzchak, who inquired fearfully, “Whose shechita had I been eating of until now?” [Divrei Yoel]

As touched upon in the essay on Shabbos Mevorchim Teves, it is to Avraham Avinu’s credit that we are endowed with a discernible aging process (which he had beseeched Hashem for in order that proper respect be conferred upon the elder). This article would be incomplete without ascribing proper acknowledgement to Yitzchak Avinu who prayed to Hashem to make man feel some pain in this world, so that by physical suffering one could atone for his sins and arrive to the next world somewhat cleansed of his wrongdoings.

There are opposing views in the Talmud as to whether we will actually be redeemed during Tishrei or Nissan. Should Israel prove itself worthy, redemption will come in Tishrei – the month of judgment. But should we, G-d forbid, prove to be unworthy, Nissan – a time of divine mercy – will be our saving grace. [Kedushas Levi] 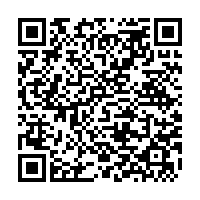