On this coming Shabbos, Parshas Behar-Bechukosai, the 39th day of the Omer, we bentch Rosh Chodesh Sivan. Rosh Chodesh falls on the following Yom Shishi, Friday, May 26. Shavuos – Z’man Mattan Toraseinu – is celebrated on the 6th and 7th day in Sivan (Wednesday and Thursday, May 31st and June 1st).

Here in the free world – the Medina shel chessed that allows us the freedom, b’chasdei Hashem, to worship as we choose – one can’t help but marvel at the beauty of nature unfurling in our midst in this long awaited spring season.

The lush greens nourished by the healing rains of Iyar heighten our anticipation of the approaching Yom Tov that established us for all time as a holy nation, beholden to and beloved by our Creator. Yet, while the dazzling budding blooms delight our senses, the euphoria is for many tinged with a despondency born of memories past.

Mine take me back to my growing years when, truth be told, my lack of maturity did not allow me to fully appreciate the incredible strength and courage displayed by my own parents, z”l. You bet I took for granted the delicious aromas emanating from my mom’s modest kitchen as she cooked and baked for Shavuos, as well as the enthusiasm with which my father went about decorating our immaculately kept home with the leafy branches he snipped from the giant tree in our tiny backyard. The exquisite lilacs blossomed just in time for Shavuos, their heady scent permeating our home through our open dining room window.

I recall watching in fascination as my mom deftly maneuvered her large wooden rolling pin across the length and breadth of our kitchen table, the silky delicate dough (leveles tészta) hanging neatly over the table edges like the ruffles of a tablecloth. Her mouthwatering mini cheese delkelach would be mostly devoured by the men in shul on Shavuos, along with a l’chayim for the aliyas neshamos of my grandparents who had perished in the ovens of Auschwitz, on Shavuos.

These are some of my personal memories, as a child of Holocaust survivors. Can we ever even begin to fathom the memories seared into the consciousness of the survivors… those whose lives were upended when their families were mercilessly ripped apart and they were savagely separated from their beloved parents and siblings?

The beasts that sought to annihilate an entire people stopped at nothing in their demoniacal frenzy to crush the dignity of the innocent souls they calculatingly chose not to send to the gas chambers. But despite the torment and unspeakable horrors they visited upon their hapless young victims, the Nazis hadn’t counted on the indomitable spirit of the Jewish women who would not merely survive but go on to gather the scattered remnants, place their faith in their Father in heaven, and rebuild.

On Shavuos we commemorate the life of a unique neshama, one who epitomized the virtues of a true Bas Yisrael. Her humility, carriage, compassion and kindness rendered her worthy of the pivotal role she was divinely assigned: progenitor of royalty – the everlasting House of David. Indeed, the most notable among the numerous reasons cited by our Chachamim for the reading of Megillas Rus on Shavuos is to place emphasis on the distinction of Dovid HaMelech and pay homage to the King of Yisrael whose yahrtzeit (and birth) is observed on Shavuos.

Another basis for the reading of Megillas Rus: Although Hashem chose us of all the nations to receive His treasured Torah, we stand ready to welcome the outsider into the fold. As the Torah commands us, “You shall love the stranger, for you were strangers in the land of Mitzrayim” (Devarim 10:19).

A further question posited by our Sages: Why is the megilla not called Megillas Boaz or Megillas Naomi? These distinguished personages had certainly played prominent enough roles in the events that shaped the story of Ruth. Again, the Gemara tells us that it is called Megillas Rus because the sefer discusses the origins of Dovid HaMelech, Ruth’s great-grandson.

Moreover, the megilla (which contains no halachos and yet counts as one of the 24 Kesuvim) was authored for the sole purpose of emphasizing the reward given those who perform kindness for others — as did Ruth in magnanimous fashion for her mother-in-law Naomi. The entire megilla was thus written in her merit and was named for her.

With the reading of Megillas Rus on Shavuos we complete the cycle of reading from the Torah (Aseres Hadibros), from Nevi’im (Maftir – Navi Yechezkiel) and from Kesuvim – (Megillas Rus).

All things chashuv (of high status) come in threes: Torah, Nevi’im and Kesuvim; Talmud, Halacha and Aggadah; Moshe, Aharon and Miriam; Shacharis, Mincha and Maariv; Kedushah Meshuleshes (kadosh, kadosh, kadosh); Kohanim, Levi’im, Yisrael’im; the three letters that comprise the name of “Moshe”; Avraham, Yitzchok and Yaakov. Also noteworthy is that the Torah was given in the third month of Sivan and that the Yidden became a holy nation at Har Sinai after three days of preparation (Tanchuma: Parshas Yisro).

When the Yidden stood at Har Sinai, each neshama merited to be cleansed of the zuhama (the imbedded taint) of the eitz hadaas and thus Hashem was prepared to set us free of the curse of death and the yetzer hara, as well as our subjugation in galus. Alas, the sin of the Golden Calf not long thereafter divested us of our exalted status.

“Ke’shoshanim bein hachochim” – on Shavuos we adorn our homes and shuls with the rose whose fragrance is symbolic of maasim tovim – to illustrate that a commitment to learning Torah without a re’ach tov (alluding to good deeds and character) is inadequate.

I dedicate this essay to the memory of my dear Aunt Ava – l’iluy nishmas Freida bas Baruch, a”h (Halpern-Brecher) – who was taken from our midst on Shabbos Kodesh, the third of Iyar. This day corresponds to the 18th day of the Omer, linked to the divine trait of Netzach Shebe’Tiferes – the midda of enduring and consistent compassion, which my aunt embodied with all her heart and soul. As the youngest surviving sibling of my dear father z”l, she endured the horrors of the concentration camps of Auschwitz as a mere teen, yet emerged with her sterling middos untarnished.

The divine trait of hod shebe’tiferes rules the 19th day of the Omer (the day of my aunt’s levaya) … befittingly, for my Aunt Ava personified compassion with humility. She was exceedingly humble, both in the presence of man and in her gratitude to Hashem. Throughout the hardships and tragedies she suffered in life, she retained her refinement, poise and inherent graciousness. Dignified and soft-spoken until the end, she was a paragon of virtue—a sweet-smelling rose beloved by her doting children, grandchildren and great-grandchildren, and by all whose lives she touched.

Her Shloshim falls on this coming 4th day of Sivan, the day Moshe Rabbeinu relayed to the Yidden the mitzvos of Shmiras Shabbos and Kibbud Av V’Eim… “Kol Asher Diber Hashem Naaseh – All that Hashem speaks we will do” was their unequivocal reply. It is written that all Yiddishe neshamos, both in this world and the World of Truth, have an aliya on Shavuos, in the merit of Kabollas Torah. 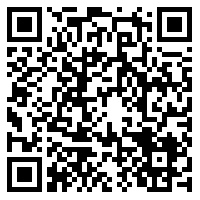