Well, not really. And we surely don’t need to be reminded that the first of Tishrei is near at hand. This is not to infer that Tishrei, the seventh month of our lunar cycle and one of major significance, is not blessed. Quite the contrary; according to the teachings of the holy Baal Shem Tov, Hashem Himself bentches Chodesh Tishrei – the month that celebrates the beginning of man.

As the fervor of our tefillos intensify with each passing day of Elul, it is up to each of us to heed that yearning deep within our souls to cleave to our Creator Who benevolently beckons us to draw from the light and blessings inherent in the month of Tishrei.

The astrological nature of this month is mating – aptly, since Tishrei memorializes the anniversary of Adam and Chava, the first husband and wife. It didn’t take them long, however, to mar the beauty of their haven in Gan Eden. Notwithstanding the interference and influence of an outside force, man’s first transgression brought about Judgment Day for all time.

Rosh Hashanah on the first of Tishrei comes to assure us that we needn’t despair, for Hashem, our Heavenly Father, is eager to accept our teshuvah and wipe our slate clean. What loftier way to celebrate our collective birthday than by searching our souls and purging ourselves of defilement accumulated over the course of the year?

Aseres Yemei Teshuvah, as the first ten days of Tishrei are referred to, culminate in the holiest day of the year, Yom Kippur – a day that has signified forgiveness since Moshe Rabbeinu’s descent from the Heavens with the new Tablets, after having successfully pleaded our case before Hashem.

Sadly, we have no Moshe Rabbeinu to take up our cause. Yet, with sincere confession, fasting and abstinence from earthly pleasures we hope and pray that the Ribono Shel Olam will hearken to our cries and nullify any looming harsh decrees. Should the prosecuting angel, G-d forbid, present a convincing argument and prevent the scale in the Heavenly Court from tipping in our favor, we may yet have our say in the Court of Appeals until Hoshanah Rabbah on the 21st of Tishrei.

The holy letter by which the month of Tishrei was formed is the lamed – at the center of, and towering above, all the other letters of the aleph-beis. The lamed symbolizes the heart (lev). The month of Tishrei, filled with more holidays than any other month, is the heart of the year and spiritually rejuvenates the soul, just as the human heart revitalizes all the other organs (Sefer Yetzirah).

The tribe representative of Tishrei is Ephraim, son of Yosef HaTzaddik, whose blessing from Yaakov, “V’yidgu larov bekerev haaretz – may they multiply like fish to become many in the midst of the earth,” correlates with Hashem’s commandment to Adam on the day of his creation to be “fruitful and multiply.”

While our stature is on an elevated plane from the first of the month, it is the fifteenth day that brings out our inner joy, when we reconnect with our Maker and happily demonstrate our faith and belief in the One Who protected us in the wilderness with His infinite kindness.

We delight in the mitzvah of eating in a sukkah – a lovingly constructed and decorated temporary dwelling under the open skies, exposed to the elements and devoid of modern luxury – in a modest show of not taking our existence for granted and acknowledging our transitory status here on earth.

Through the mitzvos we perform on Sukkos, we accrue merit for the forgiveness of our sins and for the protection of our bodies as we enter the new year. The holiday of Sukkos finally peaks on Simchas Torah, when we unite in love with our Creator. How appropriate that the planet Venus – the heavenly body famed for arousing passion (Shabbos 156a) – rules Tishrei.

The scales (upon which man’s deeds are weighed in the Heavenly Court) signify the month of Tishrei and manifestly impact the Libra’s persona. A sense of balance is vital to Libra’s well-being — whose tendency to be brusque can easily be forgiven in light of her relentless pursuit of justice, peace and harmony.

The Tishrei native does best in a calm environment and thrives in a loving relationship. True to the nature of the month, she has a big heart – which can make the less-seasoned Libra vulnerable to the serpent’s charm.

Those born in Tishrei are intuitive and adept at dispensing advice – but can become argumentative in the process. They are slow to anger and generally guided by logic and common sense, yet are sensitive and innately spiritual.

Prone to analyzing a situation from all sides, they tend to exhaust themselves by thinking too deeply into matters. This in turn exacerbates their propensity for procrastination…and may explain why I always seem to be burning the midnight oil to complete a column for the deadline date (barely).

I’ve always considered my emergence into this world on the 16th of Tishrei, the second day of Sukkos, a privilege. For as far back as I can recall, my birthday was always acknowledged in our beautifully-decorated sukkah… where over the years I never tired of listening to my parents a”h recounting how they couldn’t make it to the hospital and had to summon a midwife from the neighborhood (in the small town of Szerencs in Hungary). My father fervently recited Tehillim in their loft sukkah as the heart-rending sounds of my mother in childbirth could be heard from below. Incidentally, Szerencs means “luck” (as in mazal), and the town has forever been known for its famed chocolate factory. Did I neglect to mention that Libras are nibblers, with chocolate among their favorites?

On a somber note, whereas one’s birthday is certainly cause for celebration, there is hardly a more suitable occasion for introspection… or a more ideal time to re-evaluate the raison d’être for one’s existence in this world. In the past year, have I sought in earnest to live up to my potential? Am I fulfilling the divine mission I was sent here to accomplish?

On Rosh Hashanah, even as we express contrition for our wrongdoings and resolve to do better in the years ahead, we convey our heartfelt gratitude to Hashem for all He’s given us and beseech Him to continue guiding us along the path forged for us by our righteous forbears.

May each and every one of us be inscribed for a Shana Tovah Umetukah, a good and sweet year, with peace and harmony among us all. 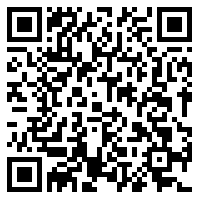