Mr. Neuman was celebrating the bar mitzvah of his son. Months before, he arranged with the gabbai, Mr. Gruber, to rent the shul’s function hall for the duration of Shabbos.

Sunday morning after the bar mitzvah, Mr. Neuman thanked the gabbai for use of the hall and gave him an additional $800 check.

“Yes, we had a very liebedik melaveh malkah,” replied Mr. Neuman. “It was a lovely simcha!”

“We discussed the melaveh malkah and you said it would be included in the Shabbos rental, since there usually aren’t functions on Motzaei Shabbos in the summer,” said Mr. Neuman. “We paid you in full what we agreed on and we finished our usage. You can’t decide now to add. It was difficult enough, as is, to cover all the bar mitzvah expenses!”

“I’m not adding now,” said Mr. Gruber. “I remember telling you from the beginning that the $1,000 rental was just for Shabbos.”

“I wish we had a written record,” said Mr. Neuman. “Now, unfortunately it’s my word against yours. The question is whether I must pay more and I’m in possession of the money. We should apply the rule: Hamotzi mei’chaveiro alav har’aya – the burden of the proof is on the plaintiff.”

The two came before Rabbi Dayan. “Does Mr. Neuman have to pay the $250?” asked Mr. Gruber.

“The Mishnah [B.M. 102a-b] addresses the case of someone who rented a house for the year at $1,000 a month, $12,000 for the entire year,” explained Rabbi Dayan. “If the year turns out to be a leap year, the two terms are contradictory as to whether we follow the monthly cost of $1,000 or the yearly cost of $12,000. The Gemara concludes that the renter must pay for the extra month, even if the dispute arose only at the end of the year, after he already lived in the house for the extra month and the issue is whether he has to pay for it.”

“What is the rationale?” asked Mr. Gruber.

“The question is rooted in usage of the property, and real estate is always considered in the possession of its owner,” answered Rabbi Dayan. “Thus, not only when the dispute arose before the leap month, but even if the dispute arose after the renter lived there and hadn’t yet paid, the landlord is considered in possession and the tenant must pay for the additional month. The same is true for any other dispute, such as the length of the rental.” (C.M. 312:15-16)

“In our case, the dispute is whether Motzaei Shabbos was included in the rental,” concluded Rabbi Dayan. “The shul is considered in possession. Thus, Mr. Neuman must pay the extra $250 for the melaveh malkah.” 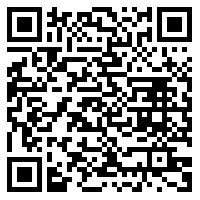