Question: What is the message behind the most famous statement of Jewish faith: “Shema Yisrael”?

Answer: HaGoan HaRav Yitzchok Hutner, z”l, rosh yeshiva of Chaim Berlin suggested that the phrase, “Shema Yisrael” really should be interpreted as “Yisrael Shema,” “Israel hears.” Individual Jews may falter and lose faith, but not the community at large.


The Jewish nation became a people of Torah when they, in unison, committed at Mount Sinai with the words “na’a’seh v’nishma.” This commitment was not made by individual Jews. It was made by a people collectively as the communal expression of a unified will.

This fact explains why we say in the Haggadah, concerning the wicked son, “Since he extricated himself out of the community he is deemed an apostate.” The nature of the Jew is to live by communal standards. Israel is a communal entity. Anyone who went against the will of the Jewish people in Egypt would have remained there as a slave, as we tell the wicked son. Separating oneself from the community is deemed a form of apostasy for the very formation of Klal Yisrael was a willingness to bond together as a nation.

“Shema Yisrael” is a reaffirmation of the communal nature of the Jew. 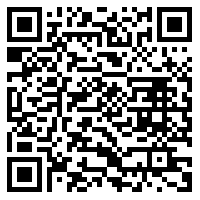