The Baal Haturim says that the letters of each word in this pasuk serve as roshei teivos for the following halacha: The word v’eileh is spelled vav, aleph, lamed, hay. The vav stands for v’adam, alef for asher, lamed for lomed, hay for haseder. The next word, shemos, is spelled shin, mem, vav, taf. The shin stands for shenayim, mem for mikra, vav for v’echad, taf for targum.


The following word, bnei, is spelled beis, nun, yud. The beis stands for b’kol, nun for na’im, yud for yashir. The following word, Yisrael, is spelled yud, shin, reish, aleph, lamed. The yud stands for yechyeh, shin for shanim, reish for rabos, aleph for aruchim, lamed for l’olam. This means that one who learns the parshah (order), shenayim mikra v’echad targum (twice scripture and once translation) in a pleasant voice will merit longevity.

Apparently this pasuk has some connection to the halacha that one must read the parshah twice and targum once.

The Gemara in Berachos 8a and b, which is the source for this halacha, says that one must do shenayim mikra v’echad targum even on the words ataros and divon (Bamidbar 32), which are names and do not have a targum. Rashi learns that the Gemara is telling us that pesukim that do not have a Targum Onkelos must be read three times without any translation. This is because even though there is no targum, the halacha of shenayim mikra v’echad targum still applies. Since these pesukim do not have a targum, they are self-explanatory and one must read the actual pasuk again, which will serve as the targum.

Tosafos there questions Rashi: if the Gemara wanted to choose words that did not have targum, it should have picked words that did not have any targum at all – such as Reuven and Shimon. The words that the Gemara cited do indeed have a Targum Yerushalmi. Therefore Tosafos learns that the Gemara is telling us that regarding words that do not have a Targum Onkelos but do have another targum (such as Targum Yerushalmi), one should read the other targum. Tosafos posits that words that have no targum, such as Reuven and Shimon, do not have the halacha of shenayim mikra v’echad targum applied to them. Tosafos rules that one does not have to read those pesukim three times.

There is a machlokes whether one may learn Rashi’s explanation on the Chumash for targum. The Shulchan Aruch (Orach Chaim 285:2) says that one may learn peirush Rashi for targum, but a God-fearing individual should read targum and Rashi. The Beis Yosef explains that the machlokes is based on the following dispute: those who opine that peirush Rashi may be substituted for targum explain that Rashi adds more explanation to the pesukim than targum generally does. The dissenting opinion posits that only targum may be used, for it was given on Har Sinai. 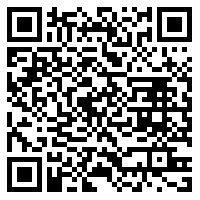