Shiva Asar B’Tammuz (which we observe on Thursday) is one of four fast days that mark severe calamities that befell our people – culminating in the destruction of both the first and second batei mikdash. In his great Mishneh Torah, the Rambam concludes Hilchos Taaniyos thus:

This year, in fact, Shiva Asar B’Tammuz is a great yom tov of sorts. It will mark the completion of

2) the 13th cycle of studying one chapter of Mishneh Torah daily; and

All three cycles were established by the Lubavitcher Rebbe in 1984. Studying one chapter a day is for those who cannot study three chapters, and studying Sefer HaMitzvos is for women, children, and others unable to study Mishneh Torah itself.

The Rebbe called for studying Rambam because he wished to unite all Jews through the Torah subject, halacha, that is most relevant to all Jews, and Rambam’s Mishneh Torah is the only halachic code that includes the laws of all 613 mitzvos. Unlike many previous and later compendia of Halacha, the Mishneh Torah is also written in superbly clear Hebrew, with a matchless systematic order, covering every subject methodically from general rules to more particular details.

Studying Mishneh Torah, the Rebbe emphasized, enables every Jew to fulfill the Torah obligation of yedias haTorah – knowing all laws of all 613 mitzvos. A majority of mitzvos can only properly be fulfilled in the era of Moshiach, when we will have the Beis HaMikdash and all Jews will reside in the Holy Land. Since the Mishneh Torah includes all the mitzvos relating to Moshiach’s times, studying it enables one to “live with Moshiach” throughout the year and thereby prepare for his coming.

Studying other works – like Shas – doesn’t have as many advantages as studying Mishneh Torah since the Mishneh Torah contains laws drawn, not only from the Talmud Bavli, but also from Talmud Yerushalmi; midrashim such as Mechilta, Sifra and Sifre; and works of the Gaonim and post-Talmud authorities – sources not widely studied even among those well-versed in Shas.

The Rambam also codifies principles of Jewish faith and outlook, and includes many customs, the text of blessings and prayers, and even laws applying to non-Jews – none of which are set out in systematic order in any of his sources. His code thereby gives a clear “bird’s eye” view of the entire Torah.

Now is an excellent opportunity for whoever has not yet participated in this rewarding study to start, thereby uniting with hundreds of thousands of other Jews around the world.

Siyumim will be held in many Jewish communities. The central celebration – featuring speakers from many communities in Yiddish, Hebrew and English – will be held in the hall of Oholei Torah-Oholei Menachem, 667 Eastern Parkway, Brooklyn, NY, on the evening before 17th Tammuz, Wednesday, July 8, at 8 p.m.

Looking forward to greeting you there! 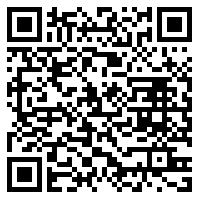