The Seder is behind us, Shavuot is in front of us! We have begun to count the Omer. One, two, three… all the way until the holiday that marks the giving of the Torah, the festival of Shavuot.

The counting of the Omer continues for seven weeks and connects these two festivals – Pesach and Shavuot.


There is an important principle here: Pesach may be a climactic moment in our history, but there is another climactic moment to come that’s even greater. The Exodus out of Egypt leads to Mount Sinai. We did not gain freedom for its own sake, but rather from a desire to fill that freedom with content.

Freedom is not only about rights or privileges, but also about responsibilities. Freedom was not just an end to our horrible enslavement to Pharaoh, but rather the beginning of our meaningful “enslavement” – to values, to truth, to everything we would receive on Mount Sinai.

A Torah Lesson From Ben-Gurion

This is the kind of story that, even if familiar, is worth reading again. In 1947, David Ben-Gurion spoke before a United Nations investigative committee that had arrived in Israel. He explained our connection to this land as follows:

“Three hundred years ago, a ship called the Mayflower set sail for the New World. This was a seminal event in the history of both England and America, but I want to know if there is a single Englishman who knows on what date the ship embarked and how many Americans know this. Do they know how many people were on board and what kind of bread they ate as they departed?

And yet, 3,000 years before the Mayflower, the Jews left Egypt and every Jew in the world, including those in America and the Soviet Union, know the date they left was the 15th of Nissan. And everyone knows exactly what kind of bread the Jews ate: matzos.

And until today, Jews throughout the world eat these same matzos on the 15th of Nissan – in America, in Russia, and in a multitude of other countries. And they tell the story of the painful experience of Jews when they went into Egyptian exile and of their redemption when they finally left. 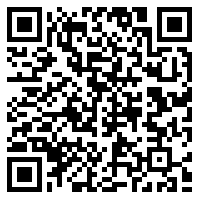