My WhatsApp is exploding, and not just mine. First grade kids who want to send letters to the Jews of Ukraine, a family with an empty apartment that wants to host new immigrants, people asking when the next plane from Ukraine is arriving at the airport so they can welcome it, and numerous prayer initiatives and donation campaigns. Sometimes it seems as if there is not a single Israeli who does not think these days about what he can do to help.

On Shabbat we finished reading the book of Exodus with its emotional description of the completion of the Mishkan, the spiritual center that accompanied us in the desert. This apparently was the first crowd-funding endeavor of our people, a massive donation campaign in which every contributor gave above and beyond his capacity and all bonded together through an uplifting common cause.

But our Sages remind us that just a short time before, a portion of this same people that was now happily building the Mishkan had been making a golden calf and dancing around it. In our own days, there is the beautiful Israeli and the Israeli who is sometimes less than that. And so our Sages stated: “To assess the character of this nation is not a simple matter since when there is a demand to make a golden calf they give, yet when there is a demand to build a Mishkan, they also give.”

In other words, here is a nation with a special character, with much energy, with a tendency to get excited, to get carried away, to join causes with incredible enthusiasm. But this can be dangerous since we might give of ourselves without measure whether a Mishkan or a golden calf is the object of our devotion.

The choice is in our hands, and it’s a constant test for each of us. If only we will learn to channel our excitement appropriately, and know when going above and beyond is the right thing to do.

AN EMAIL FROM UKRAINE

“Shalom, This is from Miriam Moskovitz, a Chabad emissary in Kharkov. Last week I wrote you about the emotional Shabbat that we experienced in Kharkov. They say it’s forbidden to cry on Shabbat but today, just like last Shabbat, I failed in this respect several times. But this Shabbat was still different.

This week we had to leave. The explosions in our city did not stop. A missile landed on our Jewish school, and people kept streaming into our synagogue in order to get a little food, medicine, and shelter. The danger to all of our lives increased. So we packed up 32 years of kiruv into three suitcases, and set out on a perilous journey of several days to Kishinev, the capital of Moldova.

All our lives we only hosted others and now, suddenly, we are compelled to be hosted. The community here is amazing. I lit Shabbat candles and felt that I was connected to all the Jewish women in the world who have been praying for peace in Ukraine. On Shabbat morning, we all prayed ‘Hagomel‘ on our successful escape from a dangerous situation. We were accompanied by a bride-to-be whose wedding was postponed, but we tried to give her a ‘Shabbat kallah‘ all the same. And when we finished reading Shemot (the book of Exodus) we cried out fervently: Chazak, chazak, ve’nitchazek (Be strong, be strong, and we will be strengthened). How much the world needs strengthening and reassurance.

Throughout Shabbat our thoughts wandered to the synagogue that we had left behind. The building had survived under Communism as a sports arena. In the course of several decades, we restored and transformed it into the heart of the Jewish community. What is going on there now? What will happen with it in the future?

They say a little light pushes away much darkness, but there is at present an overwhelming darkness. On Shabbat it occurred to me that in the face of so much wickedness and evil, we must bomb in return. We need to bomb the world with good deeds, with light, with tzedakah, with chesed, with loving-kindness.

Shabbat is now over and I am writing you as we are boarding a plane to Israel. Shavua tov, wishing good news for everyone.

Translation of above by Yehoshua Siskin. 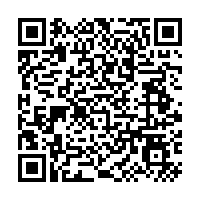